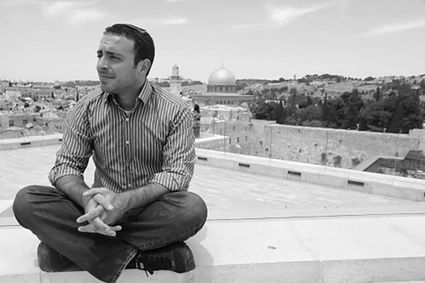 LAKE MARY-Mark (Mordechai) Halawa was born and raised in Kuwait as a Muslim. Although his family was secular he was taught to hate the Jewish "animals and killers." As an adult he traveled to Canada to the University of Western Ontario in Canada. It was there that Halawa discovered his Jewish roots due to a chance encounter with a rabbi. That meeting changed his life forever as it started him on a path of self discovery and learning.

Currently, Halawa is studying part time in Jerusalem, combining Torah study with various business projects in the Middle East, acting as a liaison for Israeli companies in this region as well as promoting shared values between Israel and Arabia, where favorable media about Israel is strictly forbidden. "It seems like it was only yesterday that I was a young teenager wearing a dish-dasha (white robe) in Kuwait, and now I wear a kipah and live in Jerusalem," said Halawa.

Halawa will be visiting Orlando to share the story of his incredible journey from "Kuwait to Jerusalem."

"I personally look forward to hearing Mark's story," said Rabbi Yanky Majesky of Chabad in Lake Mary. "As soon as I read Mark's story, I knew I wanted to host him in Orlando. I was inspired to continue to grow in my own spiritual life," said Majesky. "Mark made such a sacrifice for Judaism and the truth that he was looking for, I only wish that I can live my life with that much passion and integrity".