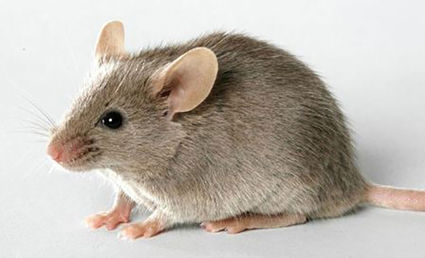 I read this in the World Jewish Congress (WJC) digest and found it very (very) interesting. I think you should read it too:

"An Israeli company called X-Test is harnessing the keen sense of smell of these furry creatures (would you believe, they are referring to mice?) to sniff out explosives, drugs and foreign substances at border crossings and airports.

These specially trained mice will be carried in cages to discreetly smell people and baggage.

Once conditioned, whenever the mice smell an unfamiliar scent, they will become agitated, alerting officials to a potentially dangerous substance."

(More dangerous than the mice? I think not!)

"Former bomb disposal expert YUVAL AMSTERDAM is behind this latest development and lauds the use of mice over explosive-detecting canines. "They're as good as dogs as far as their ability to smell, but they're smaller and easier to train. They're cheap, and you don't have to take them for a walk. Once they are trained, they become biosensers."

(Can you imaging a rat sniffing you out on the TSA line? I, for one, would rather face an explosive! That's probably because I was born and raised in Brooklyn, New York.)

On Sept. 5, back in 1972, eight Palestinian terrorists belonging to a PLO faction called Black September, entered the Olympic Village in Munich, Germany, and murdered 11 Israeli athletes.

Incredibly, despite the massacre, the Olympic games went on as scheduled.

(Does that say Jewish lives don't matter? I hope not. All lives matter!)

"Contradicting the belief among many American Jews that hatred of Jews and Judaism continues to drop in the United States, a new report indicated that anti-Semitic incidents rose by 21 percent last year.

The report, released by the Anti-Defamation League, counted 912 incidents in 2014, up from 751 the previous year, and was in sharp contrast to its reports over the past decade that showed fewer incidents targeting American Jews. The report also cited 2014 as a particularly violent year that included the fatal shootings at a Jewish community center in Overland Park, Kansas."

(The United States is home to approximately 40 percent of the world's Jews.)

A great group of people...

(I refer to the JCC 39ers, folks 75 and older who meet and enjoy each other's company.)

The 39ers is a daytime group of couples and singles that meet in the JCC Senior Lounge five days a week for different programs.

I really get a kick out of writing this as I've known her for many, many years... though I'm NOT that old and neither is she! (Shut up!)

SHIRLEY MICHAEL is well known for her superb dancing and funny clown antics but it is her kind heart that defines her.

Shirley has been working with RICHARD SCHWARTZ to feed the homeless each month. It is an enormous Congregation Ohev Shalom undertaking that involves 50-100 congregants. Shirley and Richard must arrange to procure the meal, get the ingredients to Ohev, prepare and store the food, and then deliver the items to the Coalition for the Homeless where they are heated and served. Each task involves 15-20 Ohev volunteers. Needless to say, the project requires numerous arrangements and lots of clean up.

For many years, she has been a clown at their annual Fall Festival ("A Taste in the Park" -Sunday, Nov. 8 at noon at the Maitland Civic Center) She even brought sunshine and smiles to the children at a previous festival soon after her beloved husband passed away.

Shirley participates in the monthly musical programs at Horizon Bay where she dances with the elderly residents, many of whom are wheel-chair bound. In August, she arranged for her line-dancing group to entertain and they were a big hit.

(I've noticed that at many of the COS Senior functions, you can count on Shirley to get the crowd going with dance and other exciting things! She is indeed, a fun gal!)

(And for a great cause!)

Come celebrate with a great day of golf, luncheon and awards presentation and more prizes that you can swing a club at-ALL to help create a world free of MS!

(I attended a luncheon meeting with people afflicted with MS just recently. What a fabulous and positive group! I loved being with them. Also, I want people to know that volunteers are always needed and Mary can be contacted as well. She will put you in touch with the right person. I will also repeat this information about the MS golf tournament as the datte approaches.)

MARK STEVEN SCHMIDT, a marvelous tenor, will be performing some of Broadway's greatest songs on Sunday, September 20th at 2 p.m. at the Mount Dora Community Building.

After Adam was created, there he was, all alone, in the Garden of Eden.

Of course it wasn't good for him to be all by himself, so the Lord came down to visit.

"Well, it is," replied the Lord. "But it doesn't come for free. This is someone so special that it's going to cost you an arm and a leg."