No food is wasted in Israel, thanks to Leket Israel 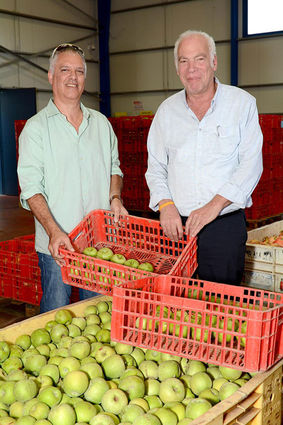 RA'ANANA, Israel-Israel Minister of Agriculture Uri Ariel visited Leket Israel's new, state-of-the-art logistics center Oct. 15th. Ariel got a behind-the-scenes look at the inner workings of one of Israel's largest food collection and redistribution facilities and addressed the organization's staff on the importance of their work in food recovery.Â

Leket Israel is a non-profit organization that leads the safe and effective collection and distribution of surplus nutritional food in Israel. In addition to the hard work and dedication of its 58,000 annual volunteers, the key to Leket's success is the efficiency of the main logistics center. Ariel toured the 21,500-square-foot warehouse, which is equipped with high capacity refrigeration and cargo trucks to assure the safe storage, sorting and distribution of millions of pounds of food that is collected and donated to the organization every year.

Minister Ariel has stated that he wants to make produce destruction obsolete and instead encourage its donation. In addition, Ariel is spearheading the passing of legislation similar to the U.S. where the surplus produce will be bought by the government and then donated to food banks which will benefit everyone.

"On the eve of World Food Day, we appreciate Minister Ariel taking the time to see how Leket has innovated its distribution process in order to more efficiently serve our recipient agencies. Minister Ariel strongly supports the transfer of fresh surplus produce to Leket Israel for redistribution to those in need rather than its destruction. We are delighted to call Minister Ariel a partner in this important mission," said Leket Israel Founder and Chairman Joseph Gitler.

Leket Israel-The National Food Bank is the leading food rescue nonprofit organization that rescues fresh, perishable food, which would otherwise be considered waste, from farms, hotels, military bases and catering halls in an effort to aid the quarter of the country's population that lives below the poverty line. The organization works with 190 non-profits throughout the country to distribute nutritious food to over 140,000+ Israelis weekly. Last year alone, Leket collected over 25 million pounds of food for the needy. For more information, please visit http://www.leket.org.