An update on terrorism from UCF researcher Jonathan Matusitz 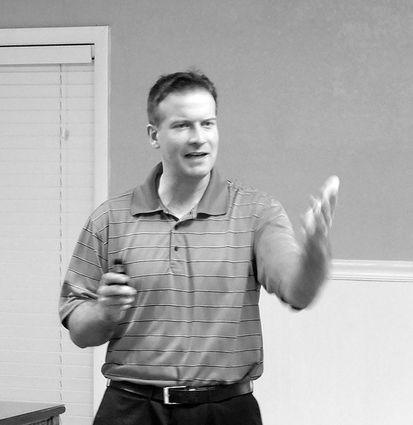 University of Central Florida (UCF) Associate Professor of Human Communication and terrorism researcher Jonathan Matusitz presented "An Update on Terrorism: Terrorism and Communication" to the Central Florida Community on Oct. 29 at the Women's Club of Casselberry. His presentation covered, in the course of explaining terrorism, 15 reasons propelling it in the world today.

As he stated, terrorism is more complex than to be entirely reduced to 15 reasons, with no universally accepted definition. As Matusitz further noted, lately a definition developed in the 1980s has been accepted by much of the world, but there still is ambiguity in the legal definition of terrorism that is sometimes used in arbitrary designations for the benefit of governments seeking to judicially silence their opponents. Three core terms make up the generally accepted definition of terrorism: violence, fear, and political. Combined they define terrorism as "violence carried out to create fear for political ends."

Much of Matusitz's talk was relevant for the Jewish Community in light of the Israeli-Palestinian conflict, lately more violent than ever. Such relevance was a basis for the event, hosted by the Zionistas, a Central Florida group founded several years ago dedicated to working for the benefit of the State of Israel. Even the subjects not directly addressing Palestinian issues are increasingly relevant for the Jewish Community, as in the month of October the Islamist group ISIS has repeatedly threatened Israel, including firing a rocket from the Gaza Strip.

The 15 reasons propelling terrorism in the world today fall in the category of implications of an "us vs. them" mentality. In other words, terrorists and terror groups have a sense of their status as in serious conflict with the external environment. Having a strong sense of such a conflict is a strong indicator of terrorist tendencies; an example of such an environment is in the Gaza Strip.

Matusitz's first reason for terrorism and a major force behind it is religion. According to Matusitz, some 20 percent of world Muslims are either actively engaged in terror or actively supporting terror, working out to around 320 million individuals. The radical interpretation of the Muslim faith even leading to the condemnation of some fellow Muslims is behind their backing of terrorist violence. The Muslims engaged in terror place little importance on lives outside of their Muslim faith-the "us" vs. the "them" of everything and everyone else.

Other relevant reasons for terror cited by Matusitz include oppression and historical grievances, and poverty and financial gain. A notable example of the issue of poverty and financial gain is again the Gaza Strip, where much of the population lives in extreme poverty. Hamas in Gaza recruits suicide bombers, with an average age of 17 and a half years, with promises of financial compensation for the bomber's surviving family, including free tuition for siblings.

An issue with reasons for terrorism being named as poverty, oppression, and the like is that it potentially absolves the attackers of responsibility. The United States and the West have propagated such a perception when it is stated that the Palestinians attacking Israeli civilians are "frustrated about the lack of a political horizon and low economic prospects," "political horizon" meaning two-state solution. The responsibility is then placed decidedly out of the hands of the stabbers.

Matusitz partially addressed such a concern when he related the loose nature of poverty as a reason for terrorism. As he noted, terrorists from the hijackers on 9/11 to the gunman who recently attacked a Tunisian beach are actually wealthy and affluent, with such attributes as possession of advanced college degrees. Poverty, oppression, and the like are driving forces behind terror only in conjunction with other issues; in Matusitz's presentation they were only two out of 15 reasons, the 15 out of many, many more.

The evening concluded with a lively question and answer session that Matusitz jested could go on all night since he didn't have to teach in the morning. Questions ranged from addressing the threat of violent Islamism to the United States to addressing the nature of Islam and whether any Muslim could rightfully be labeled "moderate." In response to the latter, Matusitz maintained that it is important to "separate the belief from the believer," as he put it.

The event was a great success for Professor Matusitz and the Zionistas, with over 50 people in attendance.