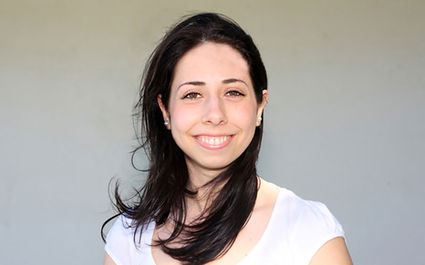 Singer/Songwriter, UCF alum and former Jewish professional Amber Ikeman will be returning to Orlando to perform at Dandelion Communitea Café, 18 N Thornton Ave, Orlando, on Friday, Nov. 20 from 8-10 p.m. The show is free to the public. Ikeman is touring to promote her debut album, "Free," recorded at Basecamp Recording Studio in Bozeman, Montana and released in June.

Ikeman has been on an over-20,000-mile road trip across the U.S. the past 15 months. After quitting her nine-to-five job, packing up her car, and leaving her hometown (Sarasota), she drove to Yellowstone National Park last year to work as a dishwasher and busser for a season. Her journey has since taken her through 19 states, 10 national parks, farm work, returning to Yellowstone as a tour guide, and recording her first album, inspired by the struggle, self-discovery, and strength she's experienced.

A graduate of UCF's Music Department, Ikeman performed in the university's choral and opera concerts, as well as original material at venues around Orlando. She was a feature performer at Dandelion Communitea Café's Diverse Word in 2011. Ikeman was also a song leader at Congregation of Reform Judaism, Rosen JCC, and an intern with Central Florida Hillel, all of which inspired her to spend six months in Israel following graduation in 2011 at the Pardes Institute of Jewish Studies. This will be her only performance in Orlando before returning to her car on the West Coast.