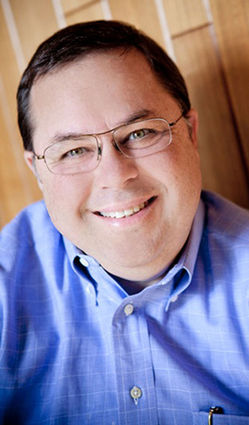 Most Jewish students attending the University of Central Florida don't know him by face or by name. But real estate developer and Jewish philanthropist Hank Katzen is one of the masterminds behind Central Florida Hillel-a place that many consider to be their home away from home.

In an attempt to create America's first self-sustaining Hillel, Katzen collaborated with other professionals to establish an evergreen-funding source, connecting the income generated from Northview's 600-bed dormitory with the operations of Hillel.

Raised in a traditional Jewish household, Katzen traveled to Israel with his family at a young age and was an active member of the B'nai Brith Youth Organization, a pluralistic Jewish youth movement for teenagers. He said his dedication to CFH stems from the values instilled in him by his parents, Marc and Henrietta Katzen.

Thus, when he was offered the position of CFH chairman in 2011, he accepted, fully cognizant of its demanding role.

"It was time for me to ask my family and business partners to share in the vision and the commitment of the mission," Katzen said. "The stewardship of the agency was going to be a full-time job."

Katzen said he's proud to see the growth of CFH, both as an institution that allows members to explore Judaism and improve leadership skills. With nine trained professionals and 35 student leaders, Hillel has established its presence on the UCF campus.

"Since we opened Central Florida Hillel, we've seen a 400 percent increase in student engagement-from 400 students to 1,600 students," said Sam Friedman, the director of community relations at CFH. "If it wasn't for the vision and leadership of Hank Katzen, Hillel wouldn't be the dynamic and engaging organization that it is today."

After serving as chairman of the CFH board for two years, Katzen stepped down in September, passing the torch to Russell Goldberg, a friend and UCF alumnus.

"Will my role change? Absolutely, and that's really good for an organization," Katzen said. "Succession of leadership is healthy."

Confident that the organization will be enriched through the transition, Katzen said he's looking forward to focusing more on development, enriching the experience for Hillel professionals and providing students with more opportunities.

While some travel miles to find their niche, junior and psychology major Tamara Zishuk, 19, didn't have to venture far from her hometown in Oviedo, Fla.

"Hillel at UCF has become my family," said Zishuk, who currently serves as action coordinator for CFH. "I feel so welcomed when I walk into the building, and I feel a connection to everyone in the organization."

As the nation's second-largest university, home to more than 6,000 Jewish undergraduates, UCF also attracts students living outside of the Sunshine State.

Senior Brandon Fisher, 22, said one of the reasons he chose to leave his hometown in Potomac, Md., and attend UCF was because of its growing Jewish collegiate population.

Having served two consecutive semesters as chairman of the CFH Jewish Life Committee, Fisher said he's thankful for the opportunities it has provided him with, both as a Jewish student and hospitality major.

"I have noticed an immense growth in my leadership confidence," Fisher said. "The growth of Hillel was inspiring and the new building provided me with the opportunity to grow along with the organization itself."

Fisher said he's in awe of the strides Hillel has made since it first opened its doors. As someone who became a Knight prior to the construction of the NorthView complex, he remembers the struggles faced by the Hillel organization and its leaders.

"They were lucky if they even had a minyan at all, but they were a close-knit group who felt very strongly about making Hillel into something better," Fisher said.

Strengthening the relationship between Hillel and the universities of greater Orlando creates an enriching experience for Central Florida college students, Katzen said. The benefits of connecting, partnering and networking with local universities will continue to impact the growth of the Jewish community in Florida, he added.

"Committing to worthy causes and missions are enriching for everyone involved," Katzen said. "We're bringing in new people with new skills and different backgrounds. And that will continue."