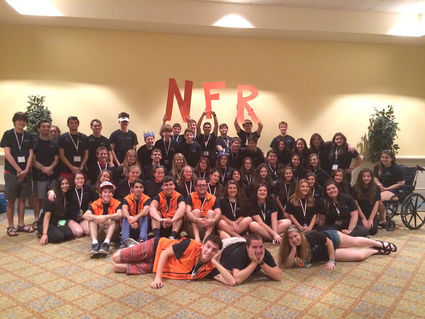 BBYO teens from North Florida Region, the BBYO region serving Jewish teens in Orlando, Tampa, Sarasota, Naples and Jacksonville, hosted over 50 members at Regional Kallah, which coincided with BBYO's Global Shabbat, themed A Shabbat to Remember, held Nov. 6-7. Among the participants was Gene Klein, a Holocaust survivor who shared his story of struggle and perseverance, just days before the 77th anniversary of Kristallnacht as the teens in attendance embraced the great responsibility of passing down these personal accounts.

"We are the last generation that will be able to have live conversations with Holocaust survivors. I will carry Gene's story with me for the rest of my life," said Arielle Cohen, Regional president and senior at Edgewater high school.

This event not only happened on the local level in Orlando, but also on the global level across 15 countries: Argentina, Bosnia, Bulgaria, Canada, Croatia, Denmark, Israel, Latvia, Macedonia, Serbia, Slovakia, Switzerland, Turkey, Uruguay and the Unites States. Survivors had the opportunity to be inducted into BBYO as honorary members of the Aleph Zadik Aleph (AZA) and B'nai B'rith Girls (BBG), BBYO's high school leadership fraternity and sorority, symbolically giving them the opportunity to relive their childhood stolen by the Nazis. 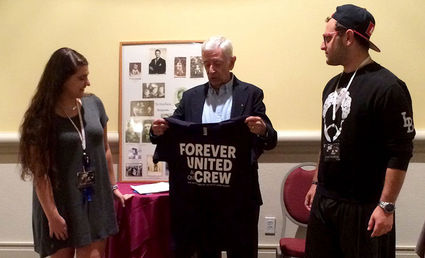 In advance of Global Shabbat, BBYO's International teen presidents Colin Silverman, 91st Grand Aleph Godol of AZA and Lauren Keats, 71st International N'siah of BBG shared: "With A Shabbat to Remember, we aim to create celebratory and open spaces so that survivors can share their stories. As the last generation to have the opportunity to hear from these survivors firsthand, it is up to us to make the most of this gift so that we will never forget the atrocities of the Holocaust or the lessons of strength and perseverance of the Jewish people."

A Shabbat to Remember was first introduced in July at BBYO's International Kallah where eight Holocaust survivors joined an international community of hundreds of teens in learning, singing and dancing. Throughout the weekend, the teens had the opportunity to hear the survivors' stories and commit to share them with future generations. At the end of the weekend, the survivors were also inducted as honorary members of AZA and BBG. The Global Shabbat celebrations in North Florida Region and around the world in were a continuation of this meaningful experience.