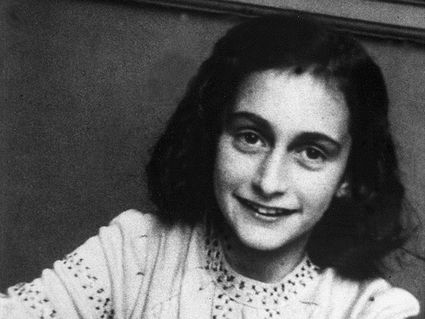 (I hate to admit it but I have such memories also, even though I'm NOT that old!!!!)

In a recent issue of Reminisce Magazine, a lady named MARLENE B. BROWN wrote this article. It struck a chord with me and I send it along to you:

"How well I remember the last days of the war; I grew up in Newark, New Jersey, and my neighbor Frank and I shredded old newspapers and filled bushel baskets in anticipation of the war's end.

On the day victory was announced, Frank took the baskets to the roof of his apartment building and poured all the paper into the streets, while sis and I danced in the whirl.

In later years, I learned from "The Diary of Anne Frank" that Ms Frank and her family went into hiding on my tenth birthday, July 6, 1942. It just so happened that I knew exactly where I was on that date... I had just had my appendix removed.

While I was being fussed over and given gifts, that 13 year old girl (Anne Frank) was fighting for her life. This made a big impression on me, and I vowed that one day I would go to Amsterdam to see her hiding place.

World War II left a big impression on me. Today, I teach my grandchildren about discrimination and hatred and and have them watch and read "The Diary of Anne Frank," and I vow in my heart, Nie Wieder, NEVER AGAIN.

Speaking of other languages...

It started a while back but you are still welcome to attend.

The cost of each class is $5 and free for JCC members.

Beginners will learn to read and speak conversational Hebrew, whether you are visiting Israel, want to keep your skills current, or you are brand new.

The beginners course is taught by ADELE LIPOFSKY.

The Jewish Community Center of Greater Orlando is located at 851 North Maitland Avenue, Maitland. To find out more about this class you can either phone 407-645-5933 or go online to http://www.orlandojcc.org.

I'm referring to one of the dearest people I know, PAMELA PORES of Winter Park. Not only is she special, her dear departed mom, Annette Pores, was beloved in our community. (The apple didn't fall far from the tree.)

Pam, who has Multiple Sclerosis (MS), is every bit as busy and active as anyone her age. She has degrees in nursing, radiology and health education, and worked at a local hospital for 25 years helping and healing people up until her diagnosis of MS in 2010.

These days she is still helping people in many ways. Perhaps that is why, in the MS Connection Newsletter for Fall 2015, her photo is featured along with this story in part:

"Our first (volunteer) spotlight is on Pam Pores, who volunteers at the Maitland office. Even before she became one of our volunteers in early 2014, she was very active in the MS community. She attends many of the local self-help groups. Being a very sociable and outgoing person, she often advocates by speaking to others about the help and support available at the National MS Society.

Pam loves helping others (I know that first hand.) She donates time and money to Walk MS and Bike MS. She is especially good at securing donations from vendors for our silent auctions and seems to know every store owner near her home in Winter Park.

As an office volunteer (in the Maitland MS office) Pam has regular weekly tasks to perform. She is dedicated, hard working and takes great pride in completing her work with excellence. She also helps other staff members with their duties. In addition to all the time Pam gives to the MS community, she still finds time to read, sew, do needlepoint and attend theater." Most of all she loves animals and has two wonderful ones, a little dog named Beau and a bunny named Buddy who love her and each other.

(Pam is a very special person, as the MS Society has discovered and I have as well. I feel lucky to know her.)

I received an email from my buddy, the talented ALAN ROCK, emcee of all the musical programs at the Altamonte Chapel.

On Sunday, Nov. 29, there will be a very special event at the Chapel. Featured will be baritone sax player, JOHN ORSINI, a super talent in his own right. With him will be GREG PARNELL on drums, CHARLIE SILVA on bass and DON JOHNSON on trumpet.

According to John "we are going to perform a retrospective of Gerry Mulligan's famous quartet from the early 1950s that also featured Chet Baker."

This promises to be a super special concert. Don't miss it!

The Altamonte Chapel is located at 825 East SR 436 in Altamonte Springs.

The Martin and Lewis Tribute Show is coming on Wednesday, Nov. 25 at 7 p.m. in Mount Dora.

If you remember Dean Martin and JERRY LEWIS, you will know how zany and terrific they were together. 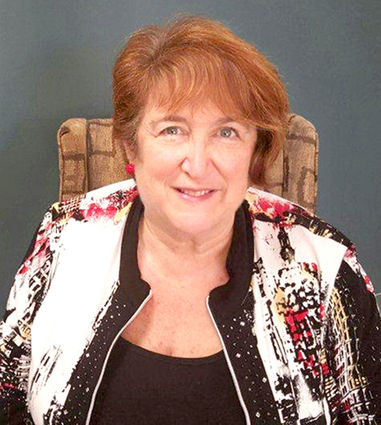 There is so much in the news these days about airlines so I thought I would use this story:

A timid little man was seated in the window seat of on airplane next to a mean-looking brute of a big muscle guy.

The little man was terrified of flying, especially because of all the television newscasts lately.

As soon as the plane took off the little guy felt very sick inside but his seatmate was fast asleep and he couldn't get past and to the bathroom.

And then it was too late. He threw up all over the big guy!

As he frantically wiped up the mess, careful not to wake the giant, the big guys eyes flew open!