The end of an era, at least at the current location 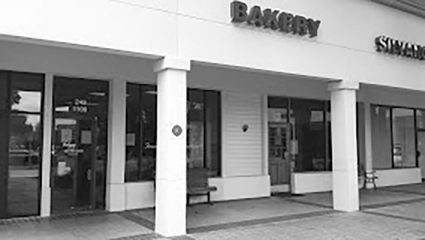 Ben's Bake Shop in the shopping center behind Twin Peaks on SR 436, is closing Dec. 24.

"As it stands, that's the plan," Ben Brenslauer, owner of the bakery told the Heritage in a phone interview. However, "the challahs will still be alive," he reassured, just not at the current location.

It was B&K Bakery for years. Times change, people move on and it became Ben's Bake Shop. Brenslauer worked with the former owners. In fact, George and his wife came in to help from time to time.

The bakery, tucked in the back of the small strip mall at the corner of State Route 436 and Westmonte Drive in Altamonte Springs has been the temple of challah for generations of Orlando's Jews. The challahs are standard at the Jewish Academy, and will continue to be so, the same for the Roth Family JCC.

Unfortunately, the troops of housewives who toted those precious loaves home, with or without raisins, won't be able to do so from that location.

Ben is no kindilach any more. He needed a break. "I need to cut my 100 hours a work-week down to 40 hours," he said. And he is thrilled that he will be able to observe Shabbat after all these years.

As the Heritage went to press on Wednesday, Brenslauer was having lunch with Alden Mamann, general manager of The Pantry Café at UCF Hillel, to discuss the challah distribution and his own future. At this point, Brenslauer will be happy to retire, although a 40-hour work-week would be enjoyable (with Saturdays off). So, stay tuned for where he pops up next!

Jim Shipley contributed to this article.

We remember when George first opened this Bakery - back in the late 70s or early 80s. We ate his Challot all the time, and even after we moved to NJ we had him ship them to us - the best Challot anywhere....