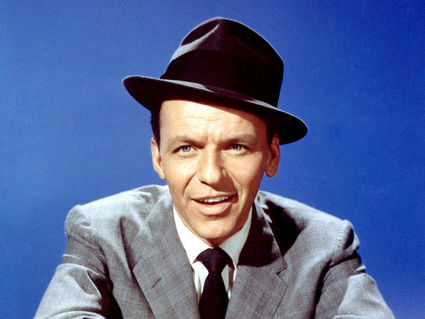 I received a letter from RONALD S. LAUDER, president of the World Jewish Congress (WJC) and I pass it along in part to you:

"As we close the door on 2015, I am dismayed by the wave of terror that has crashed over the Jewish state of Israel, taking with it the lives of too many innocent men, women and children and leaving many critically wounded.

As terrorist thugs continue their violent attacks against the citizens of Israel, Jews in Europe are facing anti-Semitic violence and rhetoric not seen in many nations since World War II. We must fight back in 2016 like never before.

It is simply shocking and unacceptable that 70 years after the defeat of Nazi Germany, a 13-year-old Jewish boy was recently beaten outside of his school in Paris while six ruthless thugs shouted 'Take that, dirty Jew.'

Sadly, this attack is just one recent and violent reminder of the grim reality facing Jews in France and other European nations.

Alarmingly... attacks against Jews in France have surged by 84 percent since the murder of four Jews at a Kosher market in Paris following the Charlie Hebdo terrorist attack last January. (Almost a year ago.)

We cannot wish these threats away. We cannot merely express disgust and alarm at this dangerous trend. We need to act and demand better for Jews."

(Whatever happened to the words "Never Again"? I urge you to check out the WJC on line http://www.worldjewishcongress.org and see if you can help.

(I'm sure I wrote about this before, but I can't help but repeat what I experienced as a young child in Brooklyn, New York... such anti-Semitism that I lied and said I was Catholic to avoid beatings. I learned my "Hail Mary's" and "Our Father" and then felt so ashamed at the end of WWII when I learned about what our people endured in the Holocaust that I pushed that portion of my young life out of my mind. For the sake of my children and grandchildren I want to say "Never Again.")

What a great Chanukah present!...

I'm referring to the special Frank Sinatra tribute on television during the Chanukah holiday. It was to mark what would have been "ole Blue Eyes" 100th birthday if he had lived. The tribute took place at the Las Vegas Wynn Hotel, a hotel I've been to that, by the way, features a restaurant in its lobby named after Sinatra!

It brought back memories of the day my mom took me and my sister (an avid Sinatra fan) to the Paramount Theater on Broadway, New York City, to see Frank in person. (I was eight years old at the time and not impressed.) I do remember the audience filled with "bobby soxers" screaming! Great memory! (By the way, Frank Sinatra was a great friend to Israel.)

Except for the occasional rain, the Chabad Lubavitch of Greater Orlando project, "Chanukah On The Park," in downtown Winter Park, was a wonderful event!

I found myself smiling (unusual for me these days) and loving the enthusiasm of the children, their singing and the upbeat atmosphere of all who attended, young and old.

Vance and I seemed to have a problem keeping our candles lit. Also, when I asked him his age, he responded "I'm three and seven." (I thought to myself, no way is he 37 and I don't think this cute little guy is 3 plus 7, making him 10.) What he was trying to tell me is that he is 3 years and 7 months old. (Who knew????}

Mom, Jenya is owner of Spectrum Hair Design in Orlando. She said that meeting me was "most extraordinary."

I sing jazz, not country...

But, I do love and appreciate the talents of DOLLY PARTON. I find her to be a terrific entertainer, singer/songwriter and personality. (And she's pretty too!)

On Saturday, Jan. 9 at 7 p.m., there will be a tribute to Dolly Parton, performed by SANDY ANDERSON, directly from Las Vegas on a national tour.

The show takes place in the Mount Dora Community Building. To get further details, phone 352-383-2165 or go online to http://www.MountDoraLive.com

(This is a spectacular show, not to be missed!)

(But then how would I know? I'm NOT a senior citizen! Oh shut up!)

I think I mentioned this before but it is important enough to be mentioned again: Winter Park Memorial Hospital (a Florida Hospital) has Central Florida's ONLY senior Emergency Room (ER).

I hope you never need it, but it is great to know it is here. It is staffed with physicians and clinicians with specialized training in geriatric emergency medicine and are uniquely experienced to meet the needs of older adults.

In case you haven't heard, Florida Hospital is ranked No. 28 in the nation by U.S. News & World Report in geriatrics.

And on the subject of seniors...

This comes directly from The Roth Family JCC Program Guide for Adults:

"The 39ers (not Jack Benny) are a daytime senior group of couples and singles which meets in the JCC Senior Lounge five days per week for diverse programming.

Monday is a weekly meeting day with interesting programs, followed by various other social and interactive programming on the other days of the week, working on projects, Sunday afternoon movies, group discussions, theater, cards, Mah Jongg, and more."

I love this joke: 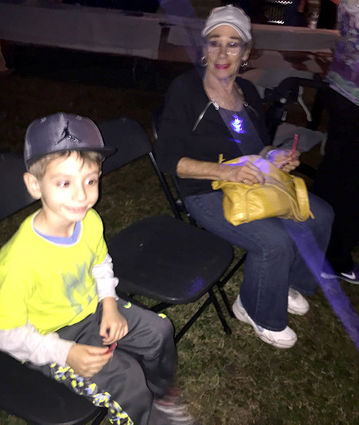 Yours truly and Vance Rios

The second man married a Mormon woman from Utah. He gave his wife orders that she was to do all the cleaning, dishes and the cooking. The first day he didn't see any results, but the next day he saw it was better. By the third day, he saw his house was clean, the dishes were done and there was a huge dinner on the table.

The third man married a Jewish girl from New York. He ordered her to keep the house clean, dishes washed, lawn mowed, laundry washed and folded, and hot meals on the table.