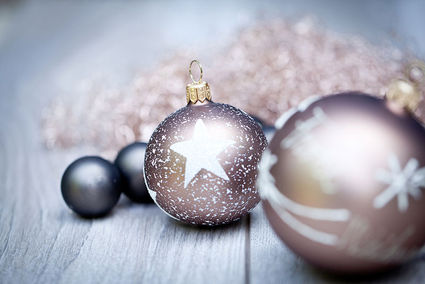 (Kveller via JTA)-I grew up in northern New Jersey where my high school class was at least 20 percent Jewish. The local deli was run by one of my grandmother's former fourth-grade students from when she taught elementary school in Brooklyn. He deferred to her as Mrs. Isquith and she still called him "Kenny" as if he were still in fourth grade.

If your parents had a falling out with one rabbi, your family could join another temple a few miles down the road. The stores were stocked with round challahs for Rosh Hashanah and matzah for Passover. Shop Rite, Grand Union and Pathmark sold Hanukkah candles and gelt. Being Jewish in New Jersey in the 1980s didn't require much work because the surrounding world was also Jewish.

Fast forward to 2003. I moved to North Carolina with my husband at the time and two young children. Our home choice was primarily determined by proximity to the three Jewish congregations all located within a few miles of each other. The preschool in the Conservative synagogue had room for Hannah, so I signed her up to enter the 4-year-old class. In a city of 300,000 people, we had three congregations-the "Temple" was Reform, the "Synagogue" was Conservative and Chabad was Chabad. If you felt like "synagogue hopping," the next cluster was about 20 miles away. So that was the beginning of my education of how to be Jewish in the South.

One blisteringly hot summer day Hannah was playing at a local playground when I overheard a boy in the sandbox tell her that she was going to hell if she didn't accept Jesus into her heart RIGHT AWAY. She was 4 years old and fortunately had no idea what he was talking about. I was ready to pack up the moving van and move back north.

But we quickly became friends with the other Jewish families in her preschool. Most were transplants from the Midwest or the East Coast and had already weathered the culture shock. Deli food? At least a five-hour drive away. Kosher meat? Delivered once a month from Baltimore. Our "southern shtetl" bonded over Tot Shabbat services and Friday night dinners, and I began observing the holidays more seriously and more deeply than I ever had before. Because if I wasn't going to bring Judaism into my home, no one was going to do it for me.

The JCC was instrumental for the kids' and parents' socialization. Hannah and David went to summer camp there and swam on the JCC's summer swim team. The JCC brought kids and parents together from all three congregations and some of our closest friends today were made at the JCC. If we were minorities in our every day lives, we could be in the majority at the J.

But the Christian majority world was never far away. Every year there were stories of public school teachers bringing in a cake and candles so the kids could sing "Happy Birthday" to baby Jesus. Or a teacher in public school would read the gospels to the class in December. The neighborhood behind us decorated all the (public) light poles with Christmas wreaths. Periodically the majority culture would turn ugly and loud and publicly boycott any store that displayed "Happy Holidays" instead of "Merry Christmas" signs in the store windows. And the newspaper would feature irate letters that a sales clerk had wished someone "Happy Holidays" instead of "Merry Christmas."

December was very much a month where I felt our "otherness" acutely, and as trite as it sounds, I really wanted to see a few public Chanukah displays. For a few years I didn't bring Hannah and David out very much in December because they felt like outcasts even more than I did.

We have all faced some amount of anti-Semitism here. The kids have been told they are going to hell for their beliefs more than once. I get tired of being the first Jewish person some adults have ever met, and I am weary of explaining that Dec. 25 is just another day to us, and no, we don't have a Christmas tree, and no, we don't go to church. We'd eat Chinese food if a Chinese restaurant were open.

But having said that, after 12 years here, I feel beyond blessed to have our "southern shtetl." When asked if I know another Jewish family, I often do. It's a pretty safe assumption that we all know each other or have at least heard of each other. Since many of us are transplants far away from our families, we have created our own traditions and customs, once again a tribute to the resilience and adaptability of Judaism and the Jewish people.

Sarah Moessinger is the mom of two teenagers. She lives in a small city in the Southeast and has been involved in her synagogue and the local JCC for the past 10 years.