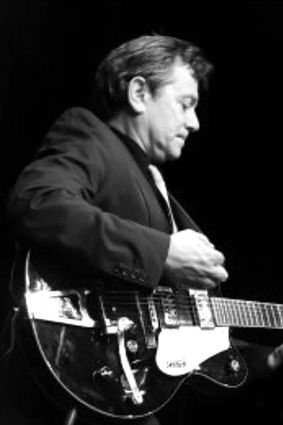 Before I became a professional singer and a writer of columns, I was a published poet. I completely forgot about that part of my life until just recently when one of my sons helped me clean out my garage and several books containing my poetry were found.

I will pass on only one because it is so appropriate for my new situation:

I held your hand when we were wed to place a golden band,

And when I bore you children, again I held your hand,

I held your hand all through the years, I know I always will,

Now that you're gone, in memories, I'm holding your hand still."

And, again, before I forget...

HAPPY NEW YEAR TO ALL!

"Iran subjects children to the death penalty, including public hangings from cranes. North Korea maintains vast gulags where political prisoners, including the descendants and distant relatives of alleged political offenders, endure arbitrary executions, starvation, and forced marriages for the purpose of breeding slaves. Russia has enacted sweeping homophobic legislation that criminalizes the sharing of information about gay, lesbian, and other non-traditional relationships.

So when the American Studies Association (ASA), an organization of U.S. academics, decided to demonstrate its commitment to human rights, what country did it target? Israel, of course,"

(Anti-Semitism for sure! How sad.)

"Israeli academic institutions are under a boycott by the ASA. This follows similar moves by the Association For Asian-American Studies and the Native American and Indigenous Studies Association.

The head of the ASA did not disagree when a reporter pointed out that Israel, where academics have total freedom of expression, is not exactly the world's worst offender of human rights. So why Israel? 'One has to start somewhere,' he explained."

This Sunday, Jan. 3rd, the Congregation Ohev Shalom Seniors will be presenting a fabulous afternoon of entertainment when GEORGE GROSMAN and his group perform for them.

The show will begin at 2 p.m. in the COS ballroom and will be followed by delightful deserts, as usual.

I received this email...

About an hour after the party started, Audrey slipped upstairs to change into her dress and her beloved partner, Richard Seidman, slipped out the front door and around to the side of the house where the chupah, his tux and the rabbi were waiting. Her son Mark then called everyone outside onto the dance floor for a "toast" to his Mom. He thanked everyone for coming out to celebrate her birthday, and then told the guests that they were not just here for a birthday party, but to attend her wedding.

The chupah was now in place, as was Richard and Rabbi Steven Engel. Audrey made her grand entrance and the ceremony began. Joining Richard and Audrey were about 20 family members including Richard's parents, siblings, spouses, children with spouses and grandchildren. The rabbi mentioned that he has done over 250 weddings, and this was the first one that was a surprise. That night was the 7th night of Chanukah, a very lucky night for everyone there-the weather was beautiful, the food was delicious and the music kept everyone dancing. Their surprise wedding was a great time for all.

The Fairwinds Broadway in Orlando Series will present "The Sound Of Music" for lucky Orlando audiences.

The story centers around Maria. The memoirs of this Austrian governess was filmed in 1956 as "Die Trapp Familie" which in turn inspired Rogers and Hammerstein to turn her story into a Broadway show.

Winner of five Tony Awards (and well deserved) "The Sound of Music." Is a gem.

Audrey Unger (who kept her name) and her new husband Richard Seidman.

Since two of my family members are in the mental health business (psychologists) I am using this silly joke:

Psychology students were in their emotional extreme class. "Let's set some parameters," the professor said. "What's the opposite of joy?" he asked one student.

"What is the opposite of depression?" the professor asked another student.

"And what is the opposite of woe," he asked.

The student was a young woman from Texas. She replied, "Sir, I believe that would be giddyup."