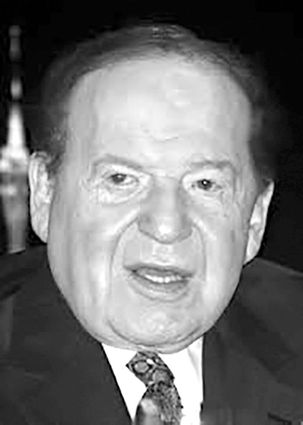 (JTA)-Billionaire casino mogul Sheldon Adelson is the largest single funder of JNS, a U.S.-based Jewish news service that is the sole distributor of content from his right-wing newspaper Israel Hayom.

Publishers and editors with six local Jewish newspapers that subscribe to JNS, which was established in 2011, told the Forward they did not know Adelson is the major funder of the news service.

JNS offers its clients use of its content for free for up to a year, then charges up to $500 a month, according to the Forward. It calls itself "an independent, non-profit, business resource and wire service covering Jewish news and Israel news for Jewish media throughout the English-speaking world," and says it provides "objective, non-partisan reporting from Jewish communities throughout the U.S., Europe, South America, South Africa, Australia and a wide array of Israel news."

The Forward's reporting on Adelson's ownership of JNS comes days after it was reported that Adelson is the new owner of Nevada's largest daily newspaper, the Las Vegas Review Journal. Adelson's son-in-law Patrick Dumont reportedly arranged the $140 million deal to purchase the Review Journal for the News + Media Capital Group LLC at Adelson's request, the newspaper reported last week.

Since being revealed as the buyer, Adelson has said he would not interfere with the Las Vegas paper's editorial decisions.