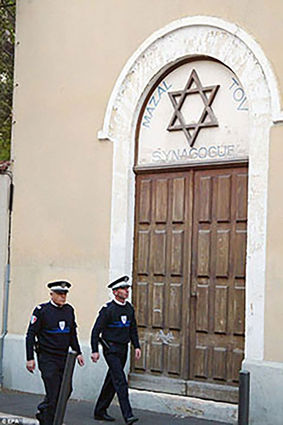 For the first time since World War II, two of Europe's great synagogues were forced to shutter their doors to Jews on the Sabbath.

The weekend following the horrific attacks in Paris, the streets of Belgium and other major European cities were covered in military vehicles, armored military personnel and silence.

The Great Synagogue of Brussels was closed because of an "immediate very serious threat." The Malmo Synagogue in Sweden was on lockdown because it was believed people with the "intent and ability to carry out an attack" were prepared to do so...again.

Once again, Europe's synagogues were closed out of fear. Most of them had not been closed since World War II.