HMREC reflects on its 30 years 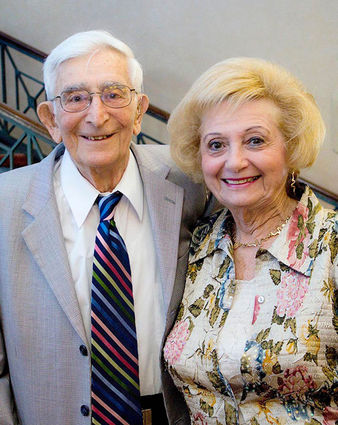 Throughout 2016 the Holocaust Memorial Resource and Education Center of Florida will be celebrating its 30th anniversary. During the year they will present special programming that honors both the past and the future of the Center.

Included in the plans is a series titled "I Remember: Reflections of Eyewitnesses to the Holocaust" which will feature local Holocaust survivors who will share their stories. These programs will begin on Jan. 27, International Holocaust Remembrance Day, and will include a brief presentation by the Center's founder, Tess Wise. That evening will also feature the opening of a new exhibit, The Profound Effect.

The history of the Holocaust Center reflects the extraordinary vision of its founders. In the early 1980s, a committee came together to explore ways to create a memorial to those who had died in the Holocaust and to educate against the prejudices that allowed the Holocaust to happen. In spite of expert advice that suggested that Orlando was too small for a large project, the committee, led by Tess and Abe Wise, laid the groundwork for an active educational Center.

They began with a broadly-supported community-wide conference on the Holocaust in 1981, co-sponsored by the newly-formed Holocaust Center (then known as the Holocaust Project of Valencia Community College), Florida Humanities Council, Valencia Community College, and the Jewish Federation. It brought in nationally known scholars, and it was so successful that it was followed in 1982 by a local Conference on Terrorism. In 1982 the Holocaust Education and Resource Center, housed at the JCC, became an autonomous organization and elected its first board of directors.

From the beginning, the focus was on the social, historical, moral, ethical and economic implications of the Holocaust for today. Its earliest projects centered on teacher education, programs for school-aged youth, community awareness, preservation of survivor testimony, and a community commemorative event for Yom HaShoah, a day of remembrance of the six million Jews who died under Nazi rule. The Center's staff and supporters were also actively involved in the campaign to include Holocaust education in the mandated state curriculum. That statute was finally adopted in 1994.

In 1986, a Holocaust Center facility was constructed, a professional museum exhibit was installed, and a library with documentary and archival collections was developed. The Center received national recognition for its unique facility-the only one of its kind in the Southeast until 1996-as well as for its dedication to world-class, innovative programming. The building was significantly enlarged in 1994 to accommodate larger class visits, and a new storage area was added in 2005.

Today, the Holocaust Memorial Resource and Education Center offers a variety of programs to sensitize the public to issues of tolerance, diversity and respect for cultural differences. Its leadership and supporters firmly believe that preserving the past helps us protect the future, and that a moral and just community grows from understanding the watershed events of human history.