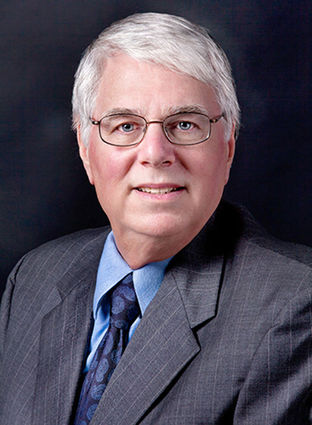 After 41 years of taking care of Central Florida children as a pediatrician, Dr. Edward Zissman retired from his private practice, Altamonte Pediatric Associates, on Dec. 31, 2015. It is the end of a fruitful career that began in Philadelphia, his hometown, where he graduated from Temple University and Hahnemann Medical College, and then completed his pediatric internship at Sinai Hospital of Baltimore and pediatric residency at the U.S. Naval Hospital and New England Medical Center in Boston.

What are his immediate plans? His first response was, "I will enjoy my children and grandchildren!" And while doing so, he will continue to serve on the boards of Central Florida Hillel, The Jewish Federation of Greater Orlando, and The Jewish Academy of Orlando-"where I recently attended my first Generations Celebration now that my grandson Asher attends JAO," he proudly stated.

He also plans to catch up on many years of reading, travel with his wife, Phyllis, and to be more involved with Morning Minyan and Congregation Ohev Shalom.

Zissman arrived in Orlando as the chief of Pediatric at the Naval Training Center Hospital in the summer of 1972, where he didn't just treat patients, but reached out to the young recruits who were far from their homes.

"One of my fondest memories was Yom Kippur. At that time, my synagogue, Ohev Shalom, was holding High Holiday Services at the Naval Training Center Chapel. I approached the Base Commanding Officer and requested permission to bring the Jewish Naval recruits to our home for 'Yom Kippur Break Fast.' I was pleased to receive permission and we had 12-18 young Jewish recruits at our home. We allowed them each to call home (not usually allowed for recruits at that time). Their stories were varied and fascinating."

When Zissman's service years were completed in the summer of 1974, Dr. Stephen R. Albert and he decided to jointly establish Altamonte Pediatric Associates. It was the first pediatric medical practice in South Seminole County and the first Central Florida medical practice to use a fictitious name-instead of Albert and Zissman, PA.

Altamonte Pediatric Associates has been successful in providing pediatric care to three generations of Central Floridians. Zissman is well known for the genuine care and kindness he has shown his patients and colleagues. There was never a child he could refuse to treat.

"We see a significant population of Medicaid children who are refused access elsewhere. I have been blessed to have worked with many outstanding pediatricians and pediatric certified nurse practitioners along with dedicated staff led by Phyllis as our Altamonte Pediatrics practice administrator.

"Practicing pediatrics is a delight as I have been privileged to help children grow in a healthy manner and these past few years have taken care of many children who attend our office with their parents who are former patients."

Dr. Brian Harris, who has worked with Zissman at the practice, shared with Heritage one of his memories early in his career.

"I had a new patient from Texas who came in on her birthday for a sore throat. Her exam showed a large spleen and bruises as well and she ended up having leukemia. I was telling Dr. Zissman the story and was a little bit embarrassed because I started tearing up as I went along. He put his arm around me and told me that it's good to cry in a situation like that and that he hoped I would never lose that."

Zissman never lost that emotional connection to his patients. He also went over and beyond the call of duty. Heritage associate editor Kim Fischer, whose three children-all adults now-were his patients, remembered when she had her third child and was suffering terrible baby blues. Zissman had a nurse stay with her through the nights and care for the baby so that Fischer could get much needed rest.

In addition to being the founding director of the Central Florida Juvenile Diabetes Foundation, Zissman is also the founding medical director of the Central Florida Tay Sachs Disease screening program. "While in the Navy, I was approached by my wife Phyllis and our friend Beth Loberant to organize a Tay-Sachs Disease genetic screening event. They were establishing the Evening Chapter of ORT. I agreed on the condition that the JFGO would be the sponsor. I attended a JFGO board meeting at which Tess Wise and Rita Bornstein (of blessed memory) encouraged the BOD to support this initiative. We had a very successful program and screened over 300 people with tremendous community support from our Jewish medical community nurses and physicians along with logistical support from the Naval Hospital."

Zissman served as genetics counselor. He was proud that with a six dollar per test fee, he was able to generate a positive cash flow returned to the Federation since all of the equipment had been donated by the Naval Hospital and the staff was all volunteer.

"We were only the second U.S. community to have a successful screening in the absence of a medical school," he said.

As mentioned, Zissman serves on the Jewish Academy of Orlando Board of Directors, what many people may not know, is that he was very instrumental in the birth of a Jewish Day School in Central Florida.

Back in the early 1970s, he and Phyllis were part of a core group of leaders who investigated the possibilities of providing their children an academic education with a solid Judaica studies program. Six years later, many from this core group attended the General Assembly in Philadelphia, where one of the themes was Jewish education. On his home turf, Zissman convinced the group to visit several of the Day Schools in that area. All fired up and knowing it was doable, fundraising began for a Day School here. Zissman and the other members of the core group also helped register students, hire an administrator and find the right curriculum. The Hebrew Day School opened its doors at Temple Israel in the fall of 1977 with 43 kindergarten to third grade students enrolled, and Zissman as the first president of the HDS Board of Directors.

Paul Jeser was the executive director of the JCC (1977-1979) and the Jewish Federation of Greater Orlando (1977-1984) during this time, and had this to say about Zissman, "Although Ed Zissman was our kid's pediatrician, he was much more than that to the Jeser family. Friend, for sure, but more importantly a community leader in every sense of the word whose energy made Jewish life in Orlando much better for all Jewish families.

"Visionary, planner, getter, doer... Meaning he had a vision of what the Jewish community should be, he helped develop the plans to get it there, he raised the necessary funds, and he made it happen.

"Ed and Phyllis are responsible for much of the foundation on which the Greater Orlando Jewish Community is built. We join the community in wishing them well as they begin the next phase of their lives."

In the early 1980s, the Community Alliance project was established to build a campus that would house the JCC, the Day School and the HMREC. Again, Zissman was there representing the Day School. In 1986, the Hebrew Day School opened its doors in a new facility on the JCC campus.

In 1995, when the school had grown to 250 students, there was a need for a new head of school. Once again, turning to his hometown, Zissman was instrumental in bringing Zena Sulkes to Orlando.

"My connection with Edward began in January 1995 when he called me in my office in Philadelphia," she reflected. "He is really the person most responsible for my move to Orlando to become the head of school of HDS. His commitment to Orlando having a quality day school is unparalleled among lay leaders."

Sulkes continued, "Edward is a man who always follows through, and he demonstrated this professionally to not only become a leader in pediatric medicine in Central Florida but nationally as a leader of the association of America's Pediatric Physicians. I feel certain that his retirement will enable him to provide continued leadership to our community."

Another person Zissman effectively influenced is Allan Klaiman, who served as a president of the HDS board.

"Many years ago, Ed innocently asked me to a magic basketball game. It was at that game he asked me to lead the Hebrew Day School. He got his wish and made me a better man for it. He has been a headstrong leader of this community for over 30 years. He may be retiring from medicine but he will always remain a community leader dedicated to our future and the future of our children."

Today, Alan Rusonik is head of school of the Jewish Academy of Orlando.

"Clearly, I have come to know Ed Zissman probably for less time than anyone else on this list. I have only been in Orlando for 1 1/2 years," Rusonik said. "My experience with Ed from day one has been very positive. Here is a man who has dedicated almost 40 years to ensure that we have a strong and sustainable Jewish day school in Central Florida and has not given up the fight for this whole time. While most people would have handed over the mantle of leadership to the next generation, Ed wants to make sure that the day school that he helped found almost 40 years ago is still vibrant today for his grandchildren and the rest of the community. My hat's off to Ed for his leadership, his dedication, his tenacity and his commitment to ensuring a Jewish future in Central Florida through Jewish day school education!"

There is one more thing Dr. Zissman plans to do in his retirement, "start taking better care of myself with proper diet and more exercise."

Heritage congratulates Dr. Ed Zissman on his retirement from medical practice and looks forward to many years of his leadership in the Jewish community.