COS honors Cantor Robuck for 25 years of musical joy 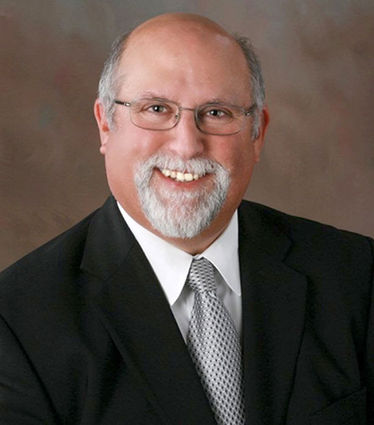 Cantor Allan Robuck is the honoree for Congregation Ohev Shalom's annual gala to be held Feb. 21, 2016 at the synagogue. Cantor Robuck's life and career have always centered around music. He started his calling as a music teacher at Wiley Junior High School in University Heights, Ohio, near where he grew up. In 1983, Allan, his wife Robin and baby Michael moved to Orlando and later that year he started work as an entertainer in Lake Buena Vista and later for Disney attractions. Then in 1989, as an Ohev Shalom congregant, he began singing in the COS High Holy Day Choir. Soon he was invited to audition to be the High Holy Day cantor for Ohev Shalom. Thus began his journey to become a cantor. He found a Chazzan in Tampa, Cantor Moshe Friedler to study under, and each week drove there for training. By 1991 he was COS cantor for Rosh Hashanah and Yom Kippur. A few short years later he became Ohev Shalom's cantor full time. Cantor Robuck was accepted into the prestigious Cantors' Assembly in 2001.

Since then, he has provided the congregation with the beautiful melodies that have brought joy to Ohev's services and simchas, trained and prepared hundreds of students for their bar and bat mitzvahs, and helped to bring a daily community minyan to the greater Orlando Jewish community. He also established an adult B'nai Mitzvah program, which just celebrated its 20th anniversary. Along the way, he created the youth singing group "Visions" and brought the beauty of Jewish music nationwide.

It is for these reasons, and many more, that Congregation Ohev Shalom is honoring his 25-year commitment with a gala dinner on Sunday, Feb. 21, 2016.

The festivities will include a silent auction, dinner and entertainment by the renowned cantor and humorist, Jack Mendelsohn. Please join the celebration and plan on attending. For more information, call the COS office at 407-298-4650 or check out page on Facebook at COSGala2016.