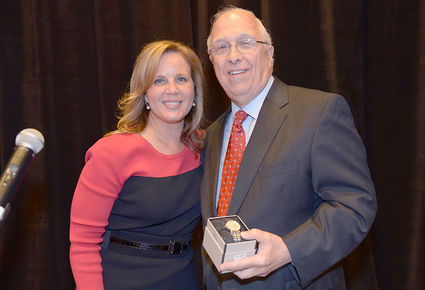 Dr. Richard Signer, who played a leading role in establishing not one but two of Central Florida's leading children's hospitals, is retiring this week after a 40-year career at Florida Hospital.

"I want to acknowledge the tremendous kindness and generosity those associated with Florida Hospital have shown toward me and, even more importantly, toward the children of Central Florida," Dr. Signer said. "To be able to spend my career working with so many talented doctors, nurses and administrators has been a blessing that I can cherish always."

Dr. Signer practiced pediatric surgery in Central Florida for 32 years. For five of those years, he was the only pediatric surgeon in the Florida Hospital system. Over the 32-year span, he performed more than 15,000 surgeries.

He was also the first chief medical officer of Florida Hospital for Children, a position he held for 14 years.

Marla Silliman, senior executive officer of Florida Hospital for Children and Florida Hospital for Women, praised Dr. Signer's many contributions. "If it weren't for Dr. Signer, we would not have many of the physicians that we have here today, and we would not have the level of children's hospital that we have today," Silliman said. "We thank him for his tremendous dedication over the past 40 years."

Dr. Michael Keating, a pediatric urologist, also spoke about Dr. Signer's legacy. "Dr. Signer's commitment to the care of children in Central Florida will be sorely missed," Dr. Keating said. "His pioneering vision and tireless efforts have been instrumental to the establishment and continued growth of the Florida Hospital for Children."

A New York native, Dr. Signer graduated from Franklin and Marshall College, then earned his medical degree from Chicago Medical School. During medical school he married Helaine Weiss. They have two sons, Brian and Mathew.