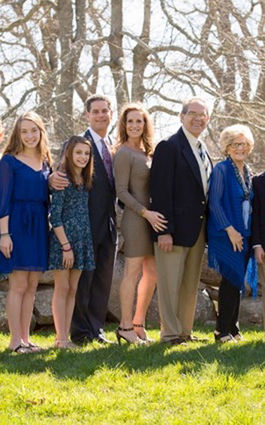 The Roth Family Jewish Community Center of Greater Orlando is honoring Dick and Dottie Appelbaum and their family in recognition of decades of remarkable commitment and support, as well as presenting Harriet Weiss the JCC's inaugural JCC Legacy Award for her significant dedication to the JCC for 30 years. These distinguished guests of honor will be recognized at the 11th Annual J Ball on Thursday, March 10, at the Orlando Museum of Art at 6 p.m.

Over the years, the Appelbaum family has been committed and active leaders in the local Jewish community. Amongst numerous leadership roles, Dick Appelbaum has served as president of the JCC Board of Directors for two terms, as well as chairman of the Board of the Jewish Federation of Greater Orlando. He also held the major role of co-chair with Harris Rosen and Bob Yarmuth for the Orlando Jewish Community Capital and Endowment Campaign. Dick and Dottie are an active duo as Dottie served as vice president of youth programming during Dick's last term as JCC president and has always been a major proponent of children's services.

As a testament of their love of children, Dick and Dottie continue to support the JCC in several ways, and the Dick & Dottie Appelbaum Infant/Toddler Wing has been home to many children at the JCC's Richard S. Adler Early Childhood Learning Center.

Family is very important to the Appelbaums, and in the long run that is what has kept the JCC in the forefront for the family. "When our girls were young, we moved our business and family to Maitland just to be closer to the JCC," said Dick Appelbaum. The Appelbaums' three daughters, Ali, Julie, and Jill all attended the JCC, as well as Ali's daughters, Carly and Brea, Dick and Dottie's granddaughters. Ali has followed closely in her parents' footsteps as a volunteer by serving on the JCC Board of Directors as vice president of Seniors, as well as starting the young adult social group, Projenet, where she met her husband, Craig. Ali has also been extremely involved with Kinneret for the past 14 years, as well as with the board of the Maitland Art Center.

"The Appelbaum family has been actively involved at the JCC since shortly after the JCC opened in 1973. They have participated in numerous leadership roles, and played significant roles in our efforts to serve as a community hub and fulfill our mission of building community, strengthening family life, and promoting Jewish values." said Ronnie Bitman, JCC president.

The Roth Family JCC is also presenting Harriet Weiss with the JCC's inaugural Legacy Award. This award was established to celebrate the efforts of a dedicated individual who has paved the way for others and will leave a legacy for others to carry the torch. Weiss has made a significant impact on the lives of hundreds of JCC's seniors as well as for the entire community through the main stage theater program, Theater at the J. She has chaired the Central Florida Jewish Film Festival for more than a decade. For 22 years, Weiss served as the Senior, Adults, and Lively Arts director. This May, she will complete her third term with the JCC's Board of Directors. The JCC is honored to present this award to her.

Like the Appelbaums, the Weiss family has been intimately involved with the JCC for the past 30 years and similarly moved to Maitland to be closer to the JCC. Weiss and her late husband, Gary, and their three sons, Jeffrey, Kevin and David, have been active participants, which included the boys serving as camp counselors to serving in leadership roles. Weiss's two local sons, Kevin and Jeffrey, both have served on the JCC Board of Directors. During their board terms, Kevin served as JCC president and Jeffrey served as the Sports and Wellness vice president. Six of Weiss's eight grandchildren attended the JCC's Richard S. Adler Early Childhood Learning Center and continue to participate in after-school programs, Andrew Hansen Mandell JCC Summer Camps, and Theater at the J. 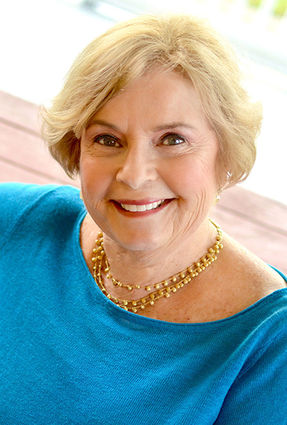 "We are thrilled to honor and recognize the Appelbaums and Harriet," said David Wayne, JCC executive director. "They have motivated and influenced our community through their natural charisma and appeal, and have created many fond and lasting memories for those they have impacted."

This year, the J Ball will have a cocktail party reception and include fabulous food from the new Zayde's Kosher Kitchen at Rosen Plaza, an extensive silent auction, entertainment from MJ Farb and Junction 88 Productions as well as live entertainment. As always, the J Ball will provide a great social atmosphere for old and new friends to gather and celebrate and all proceeds support the JCC's programs and operations. Those interested in attending or supporting the J Ball, through volunteering, sponsorship, or donating an auction item should contact Michelle Kutschinski, development director, at 407-621-4066 or michellek@orlandojcc.org. Tickets are available online at orlandojcc.org/jball.