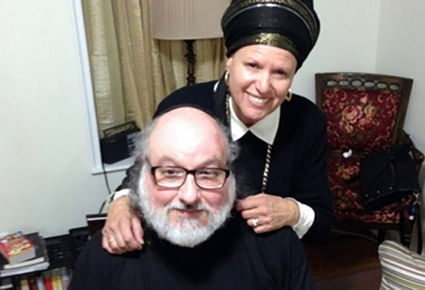 Jonathan Pollard and his wife Esther in the first photograph following his release from prison.

Israel Hayom/Exclusive to JNS.org-Jonathan Pollard, who was released in November after serving 30 years in a U.S. prison for spying on America for Israel, canceled a speech he was scheduled to give at a meeting of the Conference of Presidents of Major American Jewish Organizations for fear of being sent back to prison.

Pollard, whose plan to speak was reported by the Forward last week, canceled after his lawyers warned him that if his comments were leaked or taken out of context, he faced the risk of being sent back to prison. Instead, Pollard ended up simply thanking his hosts at the meeting and explaining why he decided to curtail his remarks.

Pollard was reportedly planning to speak on the topic of his legal battle to ease the conditions of his parole. Before being freed, Pollard was the only person in U.S. history to be sentenced to life in prison for spying for an American ally.