Alaska Airlines and the Jews of Yemen 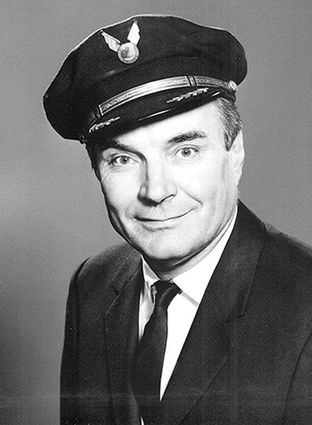 The story of the modern exodus of "Beta Israel" the Jews of Ethiopia during Operations Moses and Solomon, which together airlifted some 22,000 Ethiopian Jews to Israel, is well known. Less well known is the dramatic exodus of over 48,000 Jews from Yemen. Almost unknown is the role played by Alaska Airlines.

No one knows for certain when the first Jews came to Yemen. Local legend has them being sent as traders by King Solomon. In any event, Jews have lived in Yemen for many centuries. In that backward and poverty-stricken country, the Jews were the poorest and lowest of citizens living in contempt and on sufferance asdhimmis. However, in their synagogues and schools, they taught their male children to learn and write Hebrew. They never forgot their faith, protected the traditions, observed the Sabbath and passed the Torah and Talmud to each succeeding generation. Following World War I, when Yemen became independent, life in that Muslim country for the Jews became intolerable. Anti-Semitic laws were revived; Jews were not permitted to walk on pavements; in court a Jew's evidence was not accepted against a Muslim's; Jewish orphans had to be converted to Islam. Some Jews were able to escape to Palestine but most were trapped.

In 1947, following the United Nations vote to partition Palestine, the situation of the Jews in Yemen turned from despair to physical danger. Arab rioters in the adjacent port of Aden, then a British Crown colony and now part of Yemen, killed 82 Jews and torched the Jewish quarter. The establishment of the State of Israel on May 14, 1948 and Israel's War of Independence increasingly endangered the Yemeni Jews as it did in all Arab countries. It was not, however, until May 1949, when the Imam of Yemen unexpectedly agreed to permit all Jews to leave his country that they were able to flee. They longed to return to Zion if only they had the means. At that time, slightly over 49,000 Jews lived in Yemen.

As the War of Independence ended in early 1949, Israel was devastated and virtually bankrupt. Notwithstanding, David Ben-Gurion, Israel's first prime minister, defying logic and the advise of his economic advisers, ordered the immediate and rapid "Ingathering of the Exiles." Where would Israel get the money? "Go to the Jews in the Diaspora and ask them for the money," Ben-Gurion answered the skeptics.

For the Jews of Yemen, Egypt had closed the Suez Canal to them and therefore they would have to be transported by air to Israel. The American Jewish Joint Distribution Committee (JDC), the international Jewish humanitarian aid organization, agreed to fund the Yemenite exodus and organize the airlift, but they needed aircraft.

Alaska Airlines was founded in 1932, when Mac McGee purchased a used three passenger Stinson and started an air charter business in Alaska. With the arrival of James Wooten as president in 1947, the airline began to purchase surplus planes from the U.S. Government and within a year became the world's largest charter airline.

The JDC approached Wooten and asked if Alaska Airlines would agree to accept the Yemen airlift. Wooten wanted Alaska Air to take on the mission of mercy but Ray Marshall, chairman of the board, was cool. Marshall felt the deal was a waste of the Airline's time and money. It would take at least $50,000 to set up the charter, cash that the Airline did not have. Marshall insisted that Wooten front the funds himself. Wooten raised the $50,000 by borrowing it from a travel agency associated with the JDC. The contract was signed and Operation On Wings of Eagles, more popularly known by its nickname Operation Magic Carpet, commenced.

As Yemen would not permit the Jewish refugees to be flown out of their country, Britain had agreed to the establishment of a transit camp in the adjoining Crown Colony of Aden from which the airlift could commence. Alaska Airlines set up its base in Asmara, Eritrea with their ground crew, pilots and aircraft,-DC-4s and C-46s. The arrangement was to fly from their base in Asmara to Aden each morning, pick up their passengers in Aden and refuel. Thence fly up the Red Sea and Gulf of Aqaba to the airport in Tel Aviv, unload the refugees, fly to the safety of Cyprus for the night and return to their base in Asmara at dawn, before starting all over again. The round trip would take about 20 hours.

The aircraft as configured could not carry enough passengers or sufficient fuel. So, the planes were modified by replacing the regular airline seats with rows of benches and fitting extra fuel tanks down the length of the fuselages between the benches. Aircraft intended to carry 50 passengers could now carry 120 and fuel would last a skinny extra one hour.

Meanwhile the transit camp in Aden, called "Camp Geula" (Redemption) was organized by the JDC and staffed by Israeli doctors and social workers under the directorship of Max Lapides, an American Jew. Also headquartered at the camp were emissaries responsible for paying various Yemeni tribal chiefs a "head tax" which would permit the Jewish refugees to pass through their territory.

As news of the evacuation reached the Jews of Yemen, they left their few possessions behind (except their prayer books and Torahs) and like the biblical exodus, began to walk out of slavery into freedom. They traveled in family groups, some hundreds of miles, through wind and sandstorm, vulnerable to robbers and a hostile local population, until half-starved and destitute they reached the border with Aden where Israeli aid workers met them and transported them to the transit camp. There they encountered electricity, medicines, running water, toilets and personal hygiene for the first time. During the entire operation, the Jews of Yemen arrived at Camp Geula in a steady stream, newer ones arriving as an earlier group was airlifted out.

Getting the Yemenite Jews to Aden was one problem, getting them on the aircraft was another. Nomads who had never seen an airplane before and never lived anywhere but in a tent, many of the immigrants were frightened and refused to board. Once reminded that their deliverance to Israel by air was prophesized in the Book of Isaiah, "They shall mount up with wings like eagles," reinforced by the painting of an eagle with outstretched wings over the door of each aircraft, induced them to board the planes. Once inside many preferred sitting on the floor to unaccustomed soft seats. Keeping them from lighting fires to cook their food was a task. During the flight, about half would get sick, vomiting over the extra inside fuel tanks. Notwithstanding, the Yemenites upon landing in Israel chanted blessings and burst into song.

To start up Operation Magic Carpet, Alaska Airlines sent Portland native Bob Maguire, a pilot with management experience, to the Middle East. Maguire flew between 270 and 300 hours a month. Ben-Gurion called Maguire the "Irish Moses." The work cost Maguire his career. He contracted a parasite that affected his heart and as a result lost his commercial pilot's license in the early 1950s. Another pilot was Warren Metzger, born in Lethbridge who found time between flights to marry his flight attendant. At least one pilot, Stanley Epstein, was Jewish.

The airlift that began in June 1948 was hard on the pilots who were flying 16-hour days and hard on the planes that flew well beyond their scheduled service intervals. Fuel was difficult to come by, the desert sand wreaked havoc on the engines and flying was seat-of-the-pants with navigation by dead reckoning and eyesight.

The work was dangerous. Many airplanes were shot at. One pilot, getting a little close to Arab territory while approaching Israel, watched tracer bullets arching up towards his airplane. Another plane had a tire blown out during a bombing raid in Tel Aviv. On one occasion, Maguire was forced to land his aircraft in Egypt when it ran out of gas. The Israelis had warned all pilots that if they had to land in Arab territory, the Jewish refugees and perhaps even the crew would likely be shot. The quick-witted Maguire told airport officials he needed ambulances to take his passengers to hospital. When they asked why, he replied that his passengers had smallpox. The frightened Egyptians wanted him out of there right away. Maguire received his fuel and flew on to Tel Aviv.

Part way through the operation, the U.S. Civil Aeronautics Board forced Alaska Airlines to shut down its international charter business and a company called Near East Air Transport, whose president was James Wooten and whose pilots and aircraft were all Alaska Air's, completed the Operation Magic Carpet airlift. Near East Air Transport was just Alaska Airlines operating under another name.

By the time Operation Magic Carpet ended in September 1950, 28 Alaska Airlines pilots had made some 380 flights and airlifted 48,818 refugees, almost Yemen's entire Jewish population, to Israel. Miraculously not one death or injury occurred.

Operation Magic Carpet was kept secret for reasons of security and to prevent sabotage. It would be many months later before the public or the press would become aware of the remarkable operation. 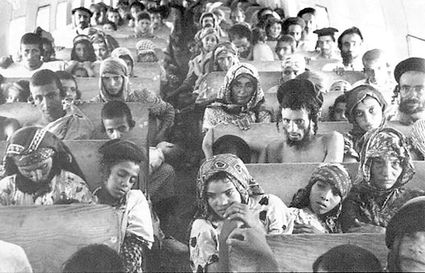 Later, Israel would once again call upon Alaska Airlines to aid in the rescue of Jews, this time from Iraq. El Al and Alaska Air, in a secret partnership, formed a new airline, again using the name Near East Air Transport for that purpose. Israeli ownership was hidden so that the airline appeared to be strictly an Alaska Airlines venture.

Today, Alaska Airlines is an international carrier serving 60 cities and three countries. Passengers flying Alaska Airlines do not realize that they are flying with the airline that saved the Jews of Yemen.

Joe Spier is a retired lawyer with a keen interest in Jewish history. Based in Calgary, he is a frequent winter vacationer in San Diego and writes columns for the San Diego Jewish World. He can be contacted at joe.spier@sdjewishworld.com.