It is time to invest in religious pluralism in Israel 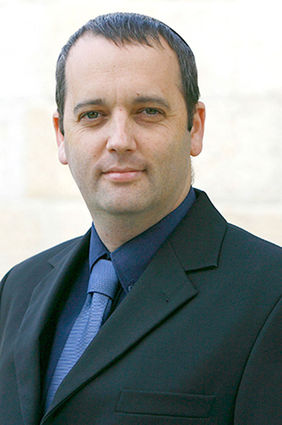 Recently, Rabbi Gilad Kariv, executive director of the Israel Movement for Reform and Progressive Judaism, visited with the Jewish Federation of Greater Orlando and members of Congregation of Reform Judaism in Orlando to discuss religious pluralism in Israel. It was one of only two stops in the United States, the other meeting was in Memphis, Tenn. His plans originally had been to also go to New York and San Francisco, however, he had to cut his trip short to finalize the resolution to expand the Western Wall's egalitarian section and place it under the authority of a pluralist committee-a major step in the fight to have religious recognition of all forms of Judaism in Israel.

He preferred the "smaller" cities to the larger ones he said because he feels that the "real Jews" live in smaller communities, meaning that in the not-so-metropolitan areas, there is more of an opportunity to see people living their faith.

"I heard the (CRJ) religious school children singing Israeli songs and worship and religious songs. I wish the Israeli ministers who use 'bad mouth' against Reform Judaism could hear them," he said.

The fight for religious pluralism in Israel has been going on for a long time.

"We were deeply involved in negotiations for three years," Kariv stated about the Kotel decision. "It was not new news for us! And basically, it is a historic break through."

"It is a compromise," Kariv conceded. "Not a victory in the world, but a peace agreement, and in an agreement you never get all you want to achieve. However, it is the first time in a clear formal outspoken way, the Israeli government is recognizing the legitimacy of the non-Orthodox community. It's a historic moment."

In 2014, the Orlando Jewish community got a glimpse of the struggle non-Orthodox Jews have gaining recognition from the government when Lori and Moshe Erlich visited Lori's parents, Nira and Arnold Stein, here (Heritage, "They have come-it's time to build," Sept. 26, 2014). Lori did not intend to make that visit a fundraising trip until after she spoke with Rabbi Engel of CRJ about her community's need for a building for their Reform congregation, Kehilat Yonatan, in Hod Hasharon. With more than 4500 members, they are not recognized as a Jewish religion, and do not receive financial support from the Israeli government.

Kariv is familiar with the struggle the members of Kehilat Yonatan are having, as well as the many other "secular" (as they are called) congregations in Israel. Ironically, Israel is a democratic country, except among the Jews. "It is a tragedy both to the democratic character and its Jewish character," Kariv said. "In Orlando, Jews can choose how they want to practice. This kind of choice is not available to Israelis!"

"When it comes to the Jewish character, we are missing the opportunity to engage so many Jews-millions of Jews-to engage them in a serous way with their Jewish identity."

"When it comes to democratic values of Israel, it is a crazy reality that hundreds of thousands of Jews who are invited to come after the collapse of the Soviet Bloc, can't be married in Israel because they are not fully recognized as Halachic Jews," Kariv exclaimed. "They speak Hebrew, serve in the army, have nothing to do with Christianity-they don't celebrate any Christian holidays. They learn Bible and Jewish history, yet, when they want to get married, they are told by the government 'you can't get married in your own country. Please go to Cypress or back to Moscow to have a civil marriage and then come back! Secondly, we are not willing to offer you a Jewish ritual,' which is paid by the government to Orthodox couples," Kariv stated.

Kariv's purpose in coming to the United States was to develop face-to-face relationships with Diaspora Jewish communities. He sees that this is no longer only the plight of the Reform and Conservative movement, but a much wider camp of Israeli Jews and Jews in the Diaspora. "If we care about this unique combination of having a Jewish state-the only democracy in the Middle East­-then something should be done in the area of religion and state," he said.

"I really believe," Kariv stated in conclusion, "North American Jewry needs to understand that in order to secure the Jewish democratic character of Israel and in order to secure full relations between Israel and the Diaspora, it is time to invest in religious pluralism in Israel. We are trying to convince every Federation in North America and every Reform congregation in North America to continue their devotion for tikun olam, invest in social welfare, and to find the way to be fully involved in this historic opportunity to build Reform and Conservative vibrant Jewish communities in Israel."