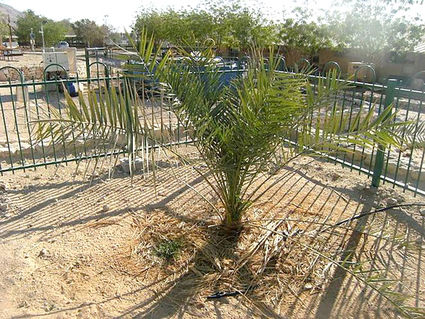 Attendees at the recent Zionistas meeting on Feb. 9 got an earful of history-Christian history as well as the history of the Jewish people-all within a two-hour period. Zionista co-founder Diana Scimone, a journalist and a Christian, highlighted four eras of Christian history in which anti-Semitism was taught in the Church. How quickly the early Church, which stuck to its Jewish traditions, with Gentiles converting to Messianic Judaism, changed its tune. Over a period of time, the Church grew away from its Jewish roots and anti-Semitism took root to the point that during the time of Constantine the now-named Christians were forbidden to follow Jewish traditions. In the late 1400s to mid-1500s, Martin Luther in Germany and John Calvin in Switzerland brought reformation to the Church. However, both men who opened doors to freedom from the medieval Church, turned coat on the Jews and began to spew anti-Semitism, ousting the Jews from their covenant with God and replacing the Church in that covenant.

"The Holocaust did not happen in a vacuum," Scimone said. The teachings worked their way into the minds of German Christians from the 1500s onward to the point that Hitler was able to rely on the Church to fuel his hatred toward the Jews.

Modern Christianity still preaches replacement theology, and many Christians believe that the covenant God made with the Jewish people was replaced with a new covenant.

Scimone gave an analogy between NASA space rocket launches and Christianity's history. A launch has to be accurate before take-off. If the rocket is hair off in its calculations, the launch is scrubbed-even in the last second. The reason for this is that fraction of a hair off on land will become miles off in space. A spaceship bound for the moon could end up heading for Pluto, Scimone explained.

And so it is with misconceptions and untruths in any teachings. What begins with a basis in truth can quickly get so far off target that it becomes something entirely different from its origins.

Scimone shared all this to explain what a Christian's (or anyone's) response should be to anti-Semitism. And that is to be audacious. Be bold, fearless, brave, courageous to say the truth. There is no place for replacement theology in the Bible. Christians are to stand with Israel and the Jewish people. Will we be audacious? Scimone challenged.

Following the call to be audacious, Uri Argov, CEO of Travel Holdings Inc., gave a whirlwind history of the Jewish people from Abraham to present day. Argov then talked about boycotts. If folks truly boycott Israeli products, they would have to give up many things they use day to day, including the many modern-day contributions Israel has made to the world through technology (USB drives, laptop chips, firewalls, text sms), medicine (break throughs in the fields of diabetes, cancer, MS, infertility), and agriculture (irrigation, germination of 1,000 year-old-seeds).

What's that? Germination of 1,000-year-old seeds? Yes. In 2005, one seed from the extinct Judean date palm tree sprouted! During the 1960s, excavations at the site of Herod the Great's palace unearthed a stockpile of seeds. Botanical researcher Elaine Solowey planted one seed. Not expecting any results, she was surprised to see a sapling that no one had seen for centuries begin to grow. In 2011, the tree produced its first flower. Now that's audacious!

Just like this little date palm, the nation of Israel is once again in bloom and the Zionistas propose to proclaim through awareness, activism, advocacy, and now audaciousness: Am Israel Chai!