Immigration: Is history repeating itself? 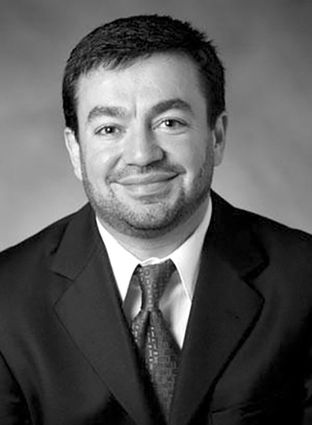 The Holocaust Memorial Resource & Education Center of Florida will be partnering with the Interfaith Council of Central Florida and The Atlantic Institute on a special program titled "Is History Repeating Itself? Jewish and Muslim Immigrant Experiences in America." It is scheduled for Thursday Feb. 25, 2016 and will be held at the Holocaust Center at 851 N Maitland Avenue in Maitland. There will be an informal reception at 6 p.m. followed by the program at 6:30.

Presenting will be Imam Abdullah Antepli, chief representative of Muslim Affairs, Duke University and a board member of the Association for College and University Religious Affairs (ACURA). Mitch Bloomer, resource teacher, at the Center, will also be participating.

"People emigrate for many reasons, and choose new homelands in a variety of ways," Bloomer said. "This program will ask us to look at what happened in the late 1800s and early 1900s as millions of Jews fled Eastern Europe. Who raised objections to their arrival in America and what claims did they make to support their opposition? Just as important, were there Americans who came to the defense of their new neighbors? Now, a century later, we see a new wave of people fleeing homelands that are embroiled in war, conflict, and disintegration. Are these new refugees and immigrants, many of whom are Muslims, being viewed with suspicion by some Americans today in ways that echo the suspicions Jews faced coming to America so long ago?"

"We ask this very important question, not to dig into the identities of the refugees and immigrants, but to hold a mirror up to ourselves to see if we are living up to our ideals; to see if we are still 'holding up our lamp beside the golden door.'"

According to Mark Freid, Board president of Holocaust Center, the program was chosen because it is consistent with the Center's goal of providing education and opening dialogue to create a community that understands, respects and embraces people of diverse backgrounds and beliefs.

"We have worked with these organizations for years and respect their goal of promoting peace through dialogue," Bloomer said. "We share a common desire for a community that understands and respects people's differences in order to create a world free of anti-Semitism, prejudice and bigotry in all forms."

Pastor Jim Coffin, executive director of the Interfaith Council of Central Florida, will moderate the event.

The program is open to the general public and there is no cost to attend. More details at holocaustedu.org or call 407-628-0555.