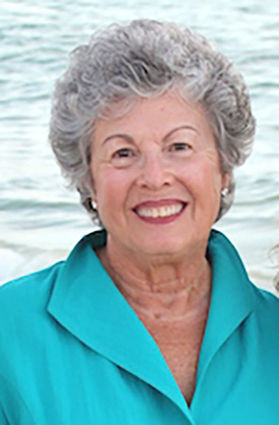 Orlando is so fortunate to have Marcia Jo Zerivitz, founding executive director of the Jewish Museum of Florida-FIU, volunteering on a major project in our community once again. Zerivitz is serving as guest curator of our community exhibit Kehillah: A Century of Jewish Life in Greater Orlando. "Her extensive background and knowledge is a tremendous asset. I don't think we could begin to tackle this project without Marcia's help," said Roz Fuchs, co chair of the exhibit project.

Born and raised in West Virginia, Zerivitz has been a leader of Jewish organizations since elementary school and including Hillel in college. She has broken the "glass ceiling" as the first woman in many positions. Her specific focus for the past 30 years has been museums and Florida Jewish history. She retired from the Jewish Museum of Florida in October of 2011.

Zerivitz lived in Orlando nearly 30 years. She served on the first women's UJA Young Leadership Cabinet in 1974 and in 1978-80 as president of the Greater Orlando Jewish Federation. She was the first chair of the Florida Association of Jewish Federations Conference in 1979, a leader for ORT, Hadassah, AIPAC and Israel Bonds and has led many missions to Israel.

In 1980, Zerivitz made the transition from volunteer to professional leadership and held many Jewish community positions, including associate executive director of the Greater Orlando Jewish Federation and Capital Campaign director for that Federation's campus expansion (CAP). She observed from her national Federation work that the Jewish community in Florida had a major challenge facing the "continuity issue" and made the decision to devote her time to collecting and preserving-to pass on to future generations-the stories and material evidence of the contributions of Jews to the Sunshine State.

Beginning in 1985, Zerivitz traveled 250,000 miles around Florida to research and retrieve the state's unknown Jewish history, created a collection and a storyline of Jewish life in Florida and helped develop the MOSAIC exhibit that traveled to 13 cities (1990-1994).

In 1995, under her direction, this project evolved into the Jewish Museum of Florida (JMOF), now housed on Miami Beach in two restored former synagogues, on the National Register of Historic Places. JMOF collects, preserves and interprets more than 250 years of the Jewish experience in Florida in the context of American and world Jewish history, art and culture and also to reflect the immigration experience of all Americans. In 16 years, Zerivitz produced more than 60 exhibits with educational and cultural programs, and led the Museum to be accredited by the American Alliance of Museums (AAM), an honor earned by less than 5 percent of the nation's museums. She currently serves as a peer reviewer for AAM.

In 2009, as part of the Museum's strategic plan, Marcia began a search for an academic partner to help ensure the long-term impact and outreach of the mission of the JMOF. In 2012, the partnership with Florida International University was finalized, resulting in JMOF-FIU.

She initiated the legislation for both a Florida Jewish History Month (January) and a Jewish American Heritage Month (May) to increase awareness of the contributions by Jews to the state and nation.

Zerivitz wrote (with co-author Rachel Heimovics of Orlando) Florida Jewish Heritage Trail, published by Florida Dept. of State (250 sites in 44 cities with Jewish historical significance). She authored all of the Florida entries for the Encyclopedia Judaica and her scholarship has been used in films, historical journals and books, including by Brandeis University Press; she has been published internationally. She has written two photo-documentaries for Arcadia Publishing: Jews of Greater Miami and Jews of Tampa.

Both Zerivitz and the Museum have received many awards. She resides on St. Pete Beach, Fla., with her husband, Elliott, a former president of the Orlando Federation and member of Ohev Shalom; they enjoy seven grandchildren; four are in Orlando-so they still have ties to our community.