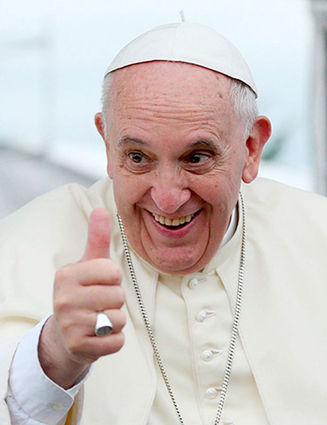 After years of writing this column...

How amazing! About 37 years of writing this column and I am only 45 years old! (Oh shut up!)

So sorry I missed last week but recently becoming a widow and then hurting my back on top of that, proved to be too much for me to handle. But the column has returned! Here's to another 37 years! (Oy vay.)

I read in the current World Jewish Congress (WJC) digest the following, found it enlightening and pass it along to you:

"Pope Francis welcomed over a hundred leaders of the World Jewish Congress in late October and issued a strong condemnation of anti-Semitism.

At a private audience with WJC president Ambassador RONALD S. LAUDER, the Pontiff made it clear that 'To attack Jews is anti-Semitism, but an outright attack on the State of Israel is also anti-Semitism. There may be political disagreements between governments and on political issues, but the State of Israel has every right to exist in safety and prosperity,' Pope Francis told Amb. Lauder.

Recalling Nostra Aetate, Pope Francis told the crowd in St. Peter's Square, 'indifference and opposition were transformed into cooperation and benevolence. Enemies and strangers have become friends and brothers. The Council, with the declaration Nostra Aetate, paved the way. It said yes to the rediscovery of the Jewish roots of Christianity, and to any form of anti-Semitism, and condemnation of any insult, discrimination and persecution derived from that.'"

(Irv and I visited the Vatican in Italy a few years ago. I plan to return one day. It's on my bucket list.)

One of the best performances I've ever seen in Orlando took place on Feb. 7th at Congregation Ohev Shalom. I'm talking about the COS Seniors meeting.

The entertainment, singer CHARLES RUSSO and his trio blew me away. Talk about memories of Frank Sinatra and other legends of my time. (Okay, so I'm old.) I also must mention Charlie's pianist, JERRY BRUNO, known to many of us who enjoy great keyboard artists. Jerry works locally and I have had the pleasure of performing with him once or twice.

And if this show blew me away, just wait until the next COS Seniors meeting! It features those dazzling divas that we all love... well maybe I feel jealous when they perform because they are prettier than me and have great legs! (Okay. I hate them!)

The show will be fabulous as always and will be followed by refreshments.

The cost is only $5 for COS Seniors members; $8 for all others.

And speaking of Berny... he is stepping down as president of this group shortly and needs a replacement to start the new season after the summer. If you are interested, let Berny know. 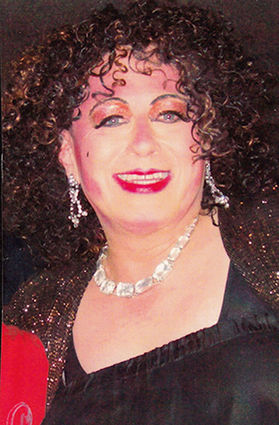 On the subject of great shows...

Our own ALAN ROCK is emcee and the musicians featured that day are DAN JORDAN backed by his pianist, CONNIE FAY, bassist, MARCO BOJORQUEZ and drummer, DOUG GROVER.

My cousin GAIL MARCUS called the other day and asked me this riddle:

"What are the two words that can get you anything in the world you want?"