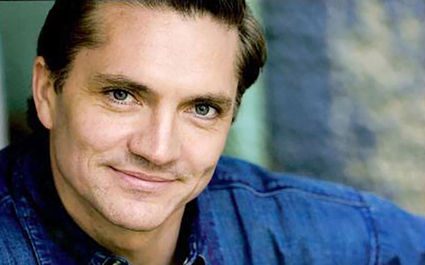 The Broadway star-famous for his role as the Phantom in "The Phantom of the Opera" as well as the Beast and Gaston in Disney's Broadway production of "Beauty and the Beast"-will join Theatre South at Rosen JCC on Feb. 27 to celebrate the opening of the new Rosen Event Center.

Norman shares a bit about his time on Broadway, his motivation when it comes to theater, and an exciting preview of what to expect during the Opening Gala.

Q: Tell me a bit about your story. How did you first get involved with theater and what led you to Broadway?

GN: I got involved in theater in college during a production of "West Side Story." I found I very much enjoyed the whole creative process of making a play and presenting that storytelling opportunity. I always enjoyed being a part of it behind the scenes as well as in front.

Eddie Gasper, a choreographer who was Bob Fosse's assistant for ten years-choreographed the "West Side Story." I auditioned for his dance company after, and then danced with the company for four years.

In 1985 I got involved in a production of "West Side Story" with Chanhassen Dinner Theatres, and that's how I got my feet wet as far as being a professional actor. I did regional productions around the country until 1991, when I arrived in New York City and got my first Broadway show, "Miss Saigon." Up until that point, I wasn't sure if I was going to commit myself to theater as a profession. I was in the show for about a year, and then I got into Phantom, and that's when I decided I was going to commit myself to theater.

Q: What is your most memorable role?

GN: Probably phantom, because I came into it after I had already been established and also there was quite a wave of interest in phantom at that point. Many times, it was the first time the production was coming to a city, so it was exciting.

And playing a character like that-it was the first major role that I played, so it was really something else, coming into each city. Venues were redesigning their theaters, putting hundreds of thousands, even millions of dollars into the redesign so that the phantom could come.

Q: Who or what is the biggest inspiration for your work?

GN: I think it's more of a what. I've always had a curiosity about why people do what they do, how they feel and what they think about things. That's why I got into theater. When you take a character, you have to look into the soul and mind of that person to see how they tick.

When I play a role, I like to get rid of any preconceived notion of what the character might be like. You have to come right down to what the author has written, and really allow yourself to get into the skin of the character to understand who that person is. When you add music, it adds a dimension of difficulty into it at the same time-a whole different element of the soul of the music. Everybody has his or her own interpretation of it. I can't do what Michael Crawford did, I can only understand it by trying to get inside the skin of that character, and allow it to be on me as long as I'm on stage, then I am that character.

Q: What are the most challenging and rewarding aspects of your work?

GN: I think the most challenging aspect of the work I do is, if the character is different than I am, than I need to try and grow those parts of myself to interface with that character. For instance, playing Gaston in "Beauty and the Beast." For me to get inside the skin of someone whose ego is so immense that he believes everybody should do his bidding for him-that was my work that I needed to do for that character. Because otherwise, if I don't do my work, then you end up getting a false interpretation of who that character is.

The most rewarding aspect of being an actor on stage is the ability to move an audience. When you're telling a story and the audience can really experience that story, not only in an intellectual capacity, but in an emotional and visceral way. Because in these stories there's a lot of heart, there's a lot of passion, there's a lot of fear. Without that passion and heart, it's a two dimensional show.

Q: How are you involved with Theatre South?

GN: I met the director of Theatre South, Hillary Brook, while doing "Finding Nemo" at Disney World. I wanted to work with her, and what a great reason to do so-with so many theaters closing, what a great thing for a theater to open.

Theatre South is really doing some great productions-aAnd some original productions too, which is a whole new way of acting! You have the opportunity to originate a role, which means you have the chance to create the role yourself, and there's great value in that.

Q: Tell me a bit about your coming performance at JCC's Opening Gala?

GN: The main performance I'll be doing is "If I Can't Love Her," which is the Beast song from "Beauty and the Beast." Interestingly, the feature film doesn't have this song. They got into rehearsals for the Beast, and they realized-this is a Broadway show, and the Beast doesn't have a song. So Alan Menken wrote this full on beautiful song.

Q: Why do you think access to the arts and creating opportunities for kids to grow and develop in these areas is important?

GN: Well, if anyone has an interest in theater at all, the first thing I would say is to go experience it. Without an opportunity to experience it, it's pretty difficult to understand if that's where your heart is leading you. Having that available down here is immensely valuable for kids.

And the Rosen Theater is opening up in an area where there really is not a theater. It's an incredible opportunity for a kid to experience acting classes, and not only that, but be in productions. It's extremely valuable for exposing your kids to different things, and it also gives them the chance to find out where their heart lies.

In these acting classes (at Theatre South), all the teachers are professional working actors. They may have an audition that afternoon, and then come in and teach a class. So what you have is a window directly into the professional world of theater.