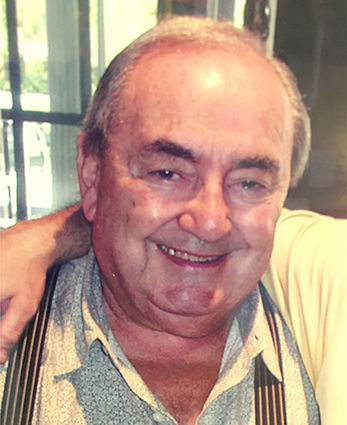 According to the Talmud, we are obligated to write our own Torah Scroll. This is considered the 613th Mitzvah. Later on, The Rambam writes that since the lack of one Torah letter causes a Torah Scroll to be invalid, this commandment can be fulfilled by writing a single letter of a completed scroll.

Following this tradition, a nationally recognized Scribe, Neil Yerman, will be coming to Congregation of Reform Judaism along with a most unusual Torah. The Congregation will be dedicating the Torah in memory of a special man and each congregant will be able to write a letter in the Torah, thus fulfilling the 613th commandment. The opportunity to write a letter in a Torah does not come along very often, so many CRJ members are looking forward to it.

Through the generosity of the Baumgarten family-Gary, Dana, Adam, and Joel, the Torah will be lovingly dedicated to their father and grandfather Eddie Baumgarten. Eddie was a long-time Orlando resident, dedicated member of the Jewish community and a successful businessman. He was a man of great wit and compassion and had a joyful and optimistic personality. He truly loved life and those who knew him truly loved Eddie. It is so appropriate then, to dedicate this "Tree of Life" to someone who lived his life in such a full and meaningful way.

This particular Torah is unusual in its writing style. The letters appear to have a mystical and playful style. The Scribe says that he is not seen a Torah quite like this before.

"It's embellishments are unusual and certain letters are enlarged and have a unique look to them" said Yerman. Members of the congregation will have the opportunity to repair or embellish these letters in the Torah. "This is such a blessing for our congregation" said Rabbi Steven Engel of CRJ. "Some of the people that will write their letter in this Torah will also be reading from this same Torah at their future Bar or Bat Mitzvah." Engel said.

The dedication will take place on Sunday Feb. 28 at 1:15 p.m. at Congregation of Reform Judaism. This will be followed by opportunities for congregants to fulfill the 613th Mitzvah and add their hands and their hearts to a living Torah that will be studied and celebrated for many years to come.