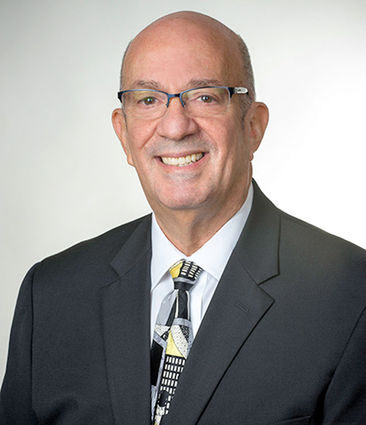 The Jewish Pavilion's Black and White Gala will be held on Sunday, March 13 at 5 p.m. at the Orlando Sheraton North in Maitland. This year's honorees are two stellar volunteers who cherish the elder-care community-Carol Stein and Sammy Goldstein. The gala will include a silent auction, gourmet meal, and the musical sounds of Paul Stenzler and his band.

It all started with a calendar. For years Sammy Goldstein, executive director of Beth Shalom Memorial Chapel, donated Jewish calendars inscribed with the name of each organization to the local synagogues and a handful of community agencies. The Jewish Pavilion showed special appreciation for Goldstein's annual gift, as it distributes more than 350 calendars each year to the seniors it serves in the elder-care community as a High Holiday gift. "You would be surprised by the impact that something as small as a Jewish calendar has on our elder-care residents," stated Nancy Ludin, Jewish Pavilion executive director. "Many of the seniors we serve live in small spaces and have very few possessions. They hang their calendars on their doors or walls, not as a reminder of the date, but as a piece of Judaica and a reminder of their heritage."

Over the past decade Goldstein became increasingly involved with the Jewish Pavilion. He stated, "By virtue of what I do, I think it's important to help people in their later years. As I got older I wanted to become more involved with the senior community." Ludin took note of Goldstein's interest, and asked him to join the Board in 2012. She stated, "Sammy Goldstein joined the Jewish Pavilion Board a few years ago when his dear friend, Zena Sulkes, was our president and he hit the ground running. Sammy immediately became active in our planning committees for our fall event and our gala, eventually becoming an annual sponsor. Sammy is the first person on our board to respond to e-mail communications and meeting notices. He takes his role as a board member seriously and supports all Pavilion events by attending, bringing friends and garnering whatever is needed- ads, gifts, silent auction donations and more."

Goldstein credits his late parents, Joy and Harold Goldstein, with his passion for giving back to the community. He recalled childhood seders in his hometown of Miami where his mother would set a table for 50 outside on the patio, providing everyone who wished to celebrate with a seat at the table. Goldstein grew up deeply involved in Miami's Temple Beth Am, where he became a bar mitzvah and was confirmed, and has been an active member of Congregation of Reform Judaism of Orlando since the early 1980s.

Growing up in Miami, Goldstein imagined working in the funeral business from a young age. He shared that he even did a class project when he was about 12 years old on the funeral business, and made his mom "schlep" him to the Jewish funeral homes and cemeteries in town. Goldstein explained that his interest wasn't so much in the business of death, but rather in providing comfort and care for the living by handling the details of a loved one's passing.

Thirty-two years ago Goldstein and partner, Manny Adams, opened Beth Shalom Memorial Chapel in Orlando, which specializes in all aspects of the Jewish funeral. Goldstein cherishes his role in the front office where he is able to bring comfort to grieving families with his warm and sunny demeanor. As the chapel's executive director, he is there with family members through all aspects of the memorial service, as well as burial. He noted, "While this job is not for everyone, I find satisfaction in bringing comfort and closure to grieving families as they are walked step-by-step through the process. Though families are often experiencing their worst day, I do whatever I can to get them through it." He noted that through his involvement in the Jewish Pavilion, CRJ and other organizations he is able to get to know families throughout the life cycle, and not just when they walk through the chapel's doors when a loved one has passed."

Goldstein acknowledges societal discomfort with end-of-life matters, and offers a yearly class to middle schoolers through the local synagogues on death and dying. He noted, "The class helps to take the mystery out of death, and teaches about it as part of the process of life." He explained that the pre-teens are fascinated by his class and chapel tour, while it's the parent chaperones that are the uncomfortable ones. It is his goal to make the next generation more comfortable in the chapel setting, and to see how the memorial process honors the deceased and consoles the living. He also works with local hospice agencies to help their providers become more aware of Jewish rituals and customs.

Goldstein remarked that while he is more at ease behind the scenes, he is humbled to be honored by the Jewish Pavilion at its annual gala, and is thrilled to share the evening with co-honoree, Carol Stein.

The proud grandfather of Hannah (5), Sylvie (4), and Elahna (13), will be joined by his adult children, who are traveling to Orlando for the special occasion. Son, Brian Goldstein, a Miami attorney, will attend with his significant other, Arlenys. Daughter, Shana Goldstein Mackler, a Nashville rabbi, will attend with husband, James Mackler. Goldstein's husband and partner of over 23 years, Bill Yahner, will also be at his side.

Jewish Pavilion Friends Board member, Norma Ball, anxiously awaits the honoring of her close friend. She and partner, Jola Copa shared, "Fourteen years ago, the two of us sat in the back of the temple social hall at a new member's brunch. We didn't know a soul. Sammy came over to us with outstretched arms and a welcoming smile and suddenly we weren't alone. Over the years we have watched Sammy reach out and "be there" for anyone and everyone who is in need of a friendly smile, an open mind, an unbiased ear, or a thoughtful reflection. Please join both old and new friends of the Jewish Pavilion, as we honor this genuinely remarkable man on March 13th."