The Jewish National Fund Gala was a grand event 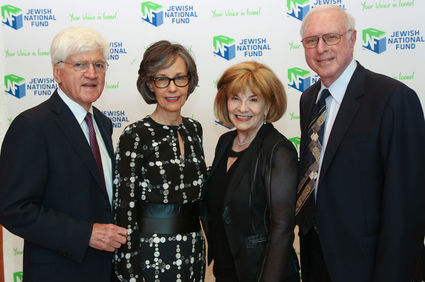 Sitting on the stage of the Dr. Phillips Center for the Performing Arts-facing the pit, orchestra, mezzanine seating areas and the balcony that seemed to rise into the rafters-was a once-in-a-lifetime-event for the 400 attendees (about 100 of whom were college students) of the Jewish National Fund's Gala and Backstage Tour. They had gathered to honor Jim Pugh and Chuck Steinmetz with JNF's Lifetime Achievement awards for their years of support of JNF and the Jewish community. 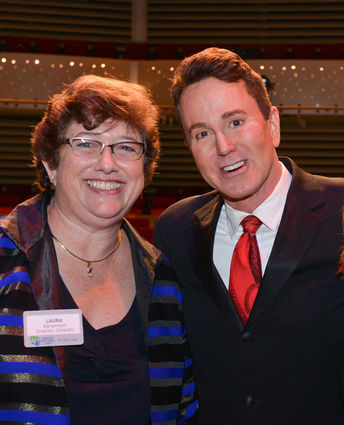 The grand finale of the evening was an astounding performance by hometown-boy-now-national-stage-actor Davis Gaines. Many remember him as the Phantom of the Opera. The only thing missing, as Davis said in his opening remarks, was the grand chandelier. Although one audience member whispered to another, "He hasn't been in the ladies' restroom then." She was right. The restroom was opulent with two chandeliers and rose-colored glass raised sink bowls.