The black-Jewish alliance in support of Israel in the 1940s 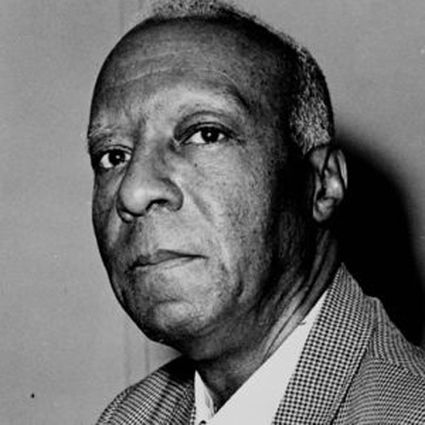 For at least four decades, black-Jewish relations have soured and whatever platitudes may be uttered by recognized leaders of both groups, the rank and file among both groups often hold aggressive and condescending views of each other. Few remember or care to celebrate the heyday of the close, cordial and fraternal relations in the 1940s that differed from the Civil Rights Movement of the 1960s when Liberal Jewish activists were often in the forefront, sometimes to the chagrin of many young Blacks. In fact, African-Americans often took the lead among gentile supporters of rescuing Jews from the Holocaust and helping to create a Jewish state.

This forgotten older alliance was linked to political action campaigns undertaken by what many liberal Jews today regard as "The Far Right" of the Zionist movement. It was identified with so-called underground "dissident movements" in Palestine-The Irgun and the Stern Gang (known by the acronym of LEHI, the Hebrew acronym for Fighters for the Freedom of Israel) and managed in the United States by Peter Bergson, a Zionist emissary from Jerusalem. The group challenged the official position of moist of the establishment Jewish organizations in the United States who were reluctant to voice any criticism against President Roosevelt. It nevertheless won the support of a wide array of members of Congress, Hollywood celebrities and intellectuals, including many prominent African-Americans.

Initially known as the Committee for a Jewish Army, the Bergson group sought to create a Jewish armed force that would fight alongside the Allies against the Nazis. Due to public relations purposes, the British eventually agreed to establish a 5,000-man force, known as the Jewish Brigade. It fought with distinction on the European battlefield in 1945, and many of its veterans acquired the military skills that proved decisive in Israel's 1948 War of Independence.

While many Jewish leaders balked at the idea of any Jewish separatist front that might make them appear as having "special interests," some of the most dynamic and "radical" black leaders supported the idea. These included labor union leader A. Philip Randolph, president of the International Brotherhood of Sleeping Car Porters, and W. E. B. DuBois, the leading African-American intellectual of his era. Langston Hughes and Zora Neale Hurston, two of the most well recognized and honored black writers and intellectuals were sponsors of the Bergson group's July 1943 Emergency Conference to Save the Jewish People of Europe. The conference, held in New York City, challenged the Roosevelt administration's claim that rescuing Jews from Hitler was physically impossible or would be detrimental to the overall Allied war effort and that only by defeating the Nazis on the ground, could a Jewish remnant of survivors be rescued with full victory.

More than 1,500 delegates at the Conference heard panels of experts on military matters, relief proposals, escape routes and transportation logistics discussing practical ways to save Jews from genocide. One of these speakers was Walter White, executive director of the NAACP. The noted singer, actor and political activist Paul Robeson was one of the stars of a Madison Square Garden "Show of Shows" (a name copied later by Jewish American comedian Sid Caesar for his successful comedy show) organized by Bergson in 1944 to raise money for his campaign to rescue Jewish refugees. Robeson even appeared later in Moscow to help celebrate Israel's Independence and gave a stirring rendition in Yiddish of the Jewish Partisan Fighter's Song. Full-page newspaper ads, a Congressional resolution urging the creation of a U.S. government agency to rescue refugees, and a march by over 400 rabbis to the White House just before Yom Kippur embarrassed the Democratic administration and compelled FDR to establish the War Refugee Board, a proposal originally suggested by his wife Eleanor which helped save an estimated 220,000 lives during the last 15 months of the war.

In 1946, Ben Hecht, one of the most prominent leftwing screenwriters in Hollywood, and Bergson ally, authored a Broadway play called "A Flag is Born," in support of partition and Jewish statehood. After the war, Bergson established the Hebrew Committee of National Liberation and the American League for a Free Palestine, which played a crucial role in mobilizing public support and in Congress for the creation of a Jewish state in Palestine. During the same closing years of the war, the NAACP worked closely with the Bergson group to help bring about the desegregation of theaters in Baltimore, which restricted African-Americans to less desirable seats. 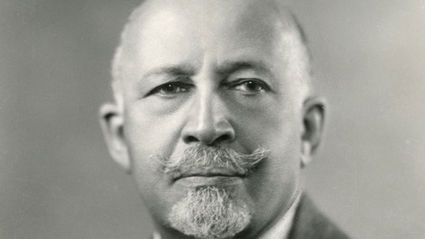 W.E.B. DuBois, the leading African-American intellectual of his era.

Among the most prominent black supporters of Bergson's Jewish statehood campaign were noted actor Canada Lee, and Congressman Adam Clayton Powell, Jr., of Harlem-the first African-American to represent New York in the U.S. House of Representatives. Together along with Paul O'Dwyer, an Irish-born American politician and lawyer and the younger brother of Mayor William O'Dwyer, they electrified an audience with their appeals for Jewish-black-Irish solidarity in a special rally at Madison Square Garden against the British and collected $75,000 from the crowd that night.