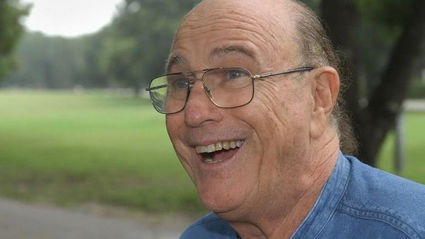 Not on your life. There is no fooling around here in spite of the date April 1st (April Fool's Day)!

All of us know (or should know) that many advances in medicine, science and technology have come from Israel including possible cures for many types of cancer, Junior Diabetes and other sometimes fatal diseases. I read this recently in a World Jewish Congress (WJC) digest and pass it along:

"Health professionals routinely rely on a patient's subjective 'pain scale' to assess pain. It's not only imprecise but also impossible in many circumstances, such as when the patient is not communicating or is under anesthesia.

Israel's Medasense Biometrics is a non-invasive, finger-mounted sensor that records relevant physiological signs of pain... such as sweating and changes in heart rate and blood volume... and converts the data into a real-time, continuous pain index displayed on a bedside monitor.

The need for objective, accurate pain assessment is acute. In the U.S. alone, an estimated 40 percent of the 30 million surgical patients each year experience severe pain after surgery, and one in ten suffers side effects from pain medication. In addition, some 17,000 people die every year from painkiller overdoses.

CEO GALIT ZUCKERMAN, whose mother is a surgical nurse, believes that Medasense technology could lead to better pain management, better clinical outcomes and cost reductions. Medasense is expected to enter the European market in 2016, initially for use in the operating room, and later in intensive-care, clinic and home settings. Pending additional regulatory approvals, the system eventually will be marketed worldwide and a mobile version will be developed.

(Again, I repeat. THIS IS NOT AN APRIL FOOL STORY! Israel is leading in the field of medical and science technology.)

I refer to our own ALAN ROCK, radio show host and emcee of all the Altamonte Chapel Jazz shows. I found this information on the internet:

"Alan has been in broadcasting for over 50 years now. Born in the Bronx, NY, Alan moved with his family to Miami when he was 8 years old. His dad was a dancer in vaudeville and mom was a mezzo-soprano. So Alan was always surrounded by music. Alan began as the first all night DJ at the age of 18 while a music major attending the University of Miami. In junior high, after two broken legs playing football, he decided to join the band. He wanted to be a trumpet player, but he was given a French horn instead. Today he plays horn and flute. In the mid-1950s Alan, hosted Miami's first jazz radio show. Alan moved to Orlando in 1971, doing jazz, soft rock and top-40 shows on several stations, including WHOO-AM 990, before joining WUCF-FM 89.9 in 2002 as morning show host. In Central Florida, Rock worked in management at several stations, including then-Top 40 powerhouse WLOF-AM 950. Alan joined WHLY-FM 106.7 in 1976. By 1983 he became general manager then left that position in 1985. Rock also played Bozo the clown on Bozo's Big Top TV show. He joined the show in Miami in 1966, and continued his Bozo role on WFTV-Channel 9 when he moved to Orlando.

(I met Alan as he was performing dressed as Bozo the clown when I first came to Orlando many years ago and worked for WFTV too. He now hosts his own weekend morning show on WUCF radio. Tune in and enjoy! I always do!)

The entertainment will be provided by the super-talented KELLY ELISABETH FAGAN and CRAIG THOMAS. Refreshments will be served after the performance.

For further information, phone BERNY RAFF, 407-767-6763. Everyone is invited to attend and enjoy!

The Jewish Federation of Greater Orlando has many volunteer opportunities available. Whether you're looking for a long-term commitment or prefer to assist with a one-time project, please contact the JFGO and find out how you can give back to your community.

As the catering staff are clearing up after Benjy's bar mitzvah party, they notice that one of the gold spoons is missing-and it's the one from where Rabbi Bloom sat. So they tell the hosts, Moshe and Sadie, of the disappearance.

"Can you believe it, Sadie?" says Moshe, "But how can we call our rabbi a gonif? We'll just have to keep quiet about it."

12 months later, whilst out buying bagels one Sunday morning, Moshe finds himself next to his rabbi.

"Moshe, I'm glad we've met," says Rabbi Bloom, "what's the problem, why have you been avoiding me?"

Moshe replies, "Now that you ask, Rabbi, I've been avoiding you ever since we discovered one of our gold spoons missing from Benjy's party."

Rabbi Bloom says, "But why didn't you ask me about this. I put the spoon in Benjy's tefillin bag. He obviously hasn't opened it since his bar mitzvah day.