Magic carpet ride to completion-plight of the Jews of Yemen 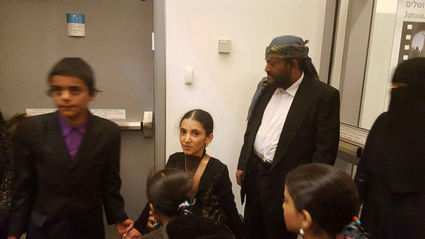 A group of the Yemenite Jews who arrived in Israel March 21.

From 1947 to September 1950, 48,818 Yemenite Jews-almost the entire Jewish population in Yemen-flew to freedom in Israel through Operation On Wings of Eagles, better known as Operation Magic Carpet airlift. (See the full story of the airlift in the Feb. 12 issue of the Heritage.)

Approximately 14,000 Yemenite Jews remained behind, and then were trapped in Yemen in 1962 after civil war broke out, making it almost impossible to reach the small population. However, over the years, The Jewish Agency for Israel, the Israel Foreign Ministry, and the U.S. State Department have worked together covertly to rescue those who remained, until finally, on March 20, the final group of Yemenite Jews-19 in all who wanted to leave Yemen-arrived on Israeli soil. Also on this flight to freedom, was a 500-year-old Torah, carried by the community's rabbi.

Spurring on this final airlift effort was a threat given to the Yemenite Jews last October by the Houthis who took control of the government in January 2015: convert or leave. Their mantra is "Death to Israel" and "Damn the Jews." 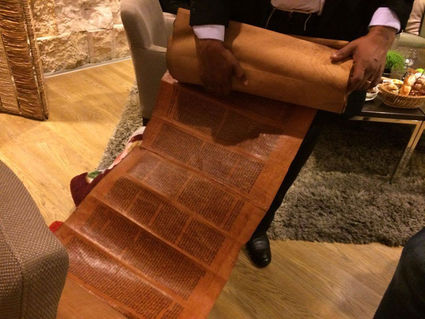 The ancient Torah scroll brought to Israel by the Yemenite Jews who arrived in Israel.

The Jewish Agency for Israel Executive Chairman Natan Sharansky said in a statement: "This is a highly significant moment in the history of Israel and of Aliyah. From Operation Magic Carpet in 1949 until the present day, the Jewish Agency has helped bring Yemenite Jewry home to Israel. Today we bring that historic mission to a close. This chapter in the history of one of the world's oldest Jewish communities is coming to an end, but Yemenite Jewry's unique, 2,000-year-old contribution to the Jewish people will continue in the State of Israel."

Although this concludes the covert airlift operations that have taken almost 70 years to complete, there are 50 Jews who chose to remain in Yemen. They live in a closed compound near the U.S. embassy.

The Yemenite population in Israel today numbers over 350,000.