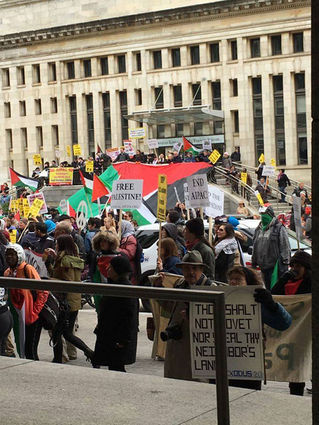 During the American Israel Public Affairs Committee Policy Conference, hundreds of protestors, including representatives of the Students for Justice for Palestine, gathered outside the Convention Center in D.C. and started chanting "Shut it down!"

The group, which was organized by Al-Awda: The Palestine Right to Return Coalition and the ANSWER Coalition, marched from the White House to the Verizon Center where the conference was held. It was the largest pro-Palestine demonstration in the U.S. since Hamas in Gaza attacked Israel in 2014.