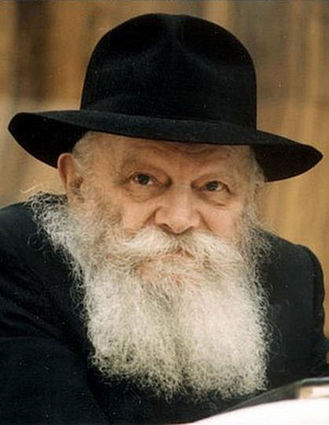 With all the anti-Semitism in the world these days, this report I recently received from the World Jewish Congress (WJC) under the heading "Immigration to Israel Highest Since 2003," doesn't surprise me in the least. I pass it along to you:

"According to a report released by the Jewish Agency for Israel and Ministry of Immigrant Absorption, more than 30,000 immigrants came to Israel in 2015, the highest rate of immigration (aliyah) in 12 years, and a 10 percent increase over 2014.

7,900 immigrants arrived from France in 2015, a record figure from that country.

The ongoing terror attacks have been the contributing factor to France's high rate for the second consecutive year.

Half of all new immigrants were under the age of 30 in 2015. Tel Aviv attracted the largest number, followed by Netanya, Jerusalem and Haifa."

(Who could blame them for fleeing? But it's a good thing "The Donald" didn't have a say over it!)

April 18th was the birthday of Rabbi Menachem Mendel Schneerson.

Known as "the Rebbe," he led the Chabad Lubavitch movement from 1951 until his death in 1994 at the age of 92. The Rebbe established education and outreach centers, social-service and humanitarian aid programs for all people, regardless of religious affiliation or background.

What a show at the Jewish Community Center on Sunday, April 17th!

It was titled "Spring Fling With The Divas" and it was a bundle of fun! Those divas are devine, especially my wonderful friends KENNY LEE and KAYE STARR. I especially loved the performance of CHANTEL RESHAE this time. "She" may be a man but she could easily pass for a good-looking woman. (I hate her!!!!)

A wonderful guy named LUCAS VANATTA works at the Walgreen's Drug Store located on Aloma Avenue at the corner of Lakemont Avenue in Winter Park. (It is a 24-hour drugstore.)

Not only is Lucas tall and handsome, he has a heart of gold and was extremely helpful to me finding several items on my recent visit.

(I wish I could have taken him home with me. So what if I'm old enough to be his mother? He could be my care-giver!)

Jack Grossman, a garment salesman on the road, stopped his car on the main street of a small town in rural Alabama.

Tired and hungry and unable to find a restaurant, he walked into a general store that sold hardware and farm supplies and also served food.

"What can I do for you?" the proprietor asked.

"Sure do!" the proprietor answered.

"Good" said Jack. "Wash your hands and make me a cheese sandwich!"