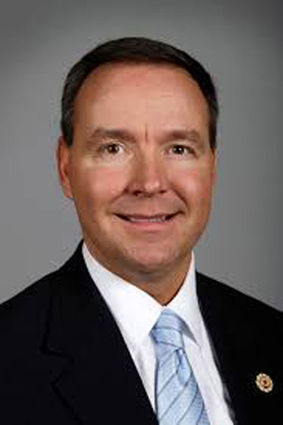 Iowa on Wednesday became the latest U.S. state to pass legislation designed to undermine the anti-Israel Boycott, Divestment and Sanctions (BDS) movement. In a 38-9 vote with three excused absences, the Iowa Senate passed one of the strongest anti-BDS bills in the country. While all nine "no" votes came from Democrats, that party controls the State Senate with a 26-24 majority.

The prospective law would prohibit both investment and contracting by the so-called "Hawkeye State" with companies participating in BDS, either against Israel or "territories controlled by Israel." The bill also prohibits secondary boycotts by extending its ban to boycotters of those who do business in Israel or the "territories."

"This bill ensures the State of Iowa will not support those that participate in campaigns fueled by intolerance and anti-Semitism-like the Boycott, Divestment and Sanctions (BDS) movement. The passing of this new law sends a clear message against the bigotry and discrimination of the BDS movement," said Peggy Shapiro, central region director of the pro-Israel education and advocacy group StandWithUs. "We welcome the fact that Iowa is joining Illinois, South Carolina, Florida, Arizona, and almost 20 states which have either passed or introduced similar legislation which rejects the boycott campaign."

Shapiro credits numerous community organizations for providing grassroots support for the Iowa bill, and particularly the Israel Allies Foundation for its leadership on the issue.

Speaking in favor of the bill, State Senate floor manager Jeff Danielson (D-Black Hawk) noted that BDS "is a movement that hopes to economically destabilize Israel and the Middle East," and that no Iowa assets should be involved in such an effort. The bill was also sponsored by State Rep. Quentin Stanerson (R-District 95), who also acted as its Senate floor manager.

"There's no scenario where we reach peace in the Middle East where Israel is economically unstable," Danielson said.

Danielson remarked on his own military service in the region with the U.S. Navy, the time and treasure that the U.S. has spent trying to maintain peaceful economic relations in the Middle East, and the high proportion of Iowans who serve in the military and have contributed to that effort.

The debate in the Iowa legislature had followed patterns reminiscent of the BDS debate in other states, with some opponents of the bill claiming that it infringed on free speech rights. Danielson explained that the bill in no way prevents private individuals from investing or conducting business as they would normally do, or from advocating for whatever foreign policy they prefer.

When Danielson introduced the bill to the Senate floor on March 3, he said that Iowa has a tradition and an interest in supporting countries with rule of law, democratic decision-making, and positive economic exchanges-all as pathways to peace. Israel, he said, meets those criteria. At that time, he also praised those who opposed the bill for their commitment to universal human rights, but disagreed with their rationale that it is necessary to economically penalize Israel in order to achieve that goal.

State Sen. Herman Quirmbach (D-Story), an opponent of the bill, claimed that forcing divestment from index funds by state university pension plans-whose holdings are directed by the plans' individual members but are held by the universities-would create an excessive administrative burden. Such broad indexes might, at some point, include among their holdings companies that participate in BDS. In other U.S. states where such bills have passed or where divestment policies have been implemented, the measures do not apply to index funds. Iowa already has divestment policies in place with respect to Iran and Sudan. 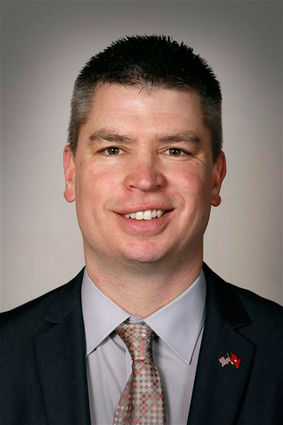 Quirmbach, who is also an associate professor of economics at Iowa State University, argued, "In all the substantial discussion [of the bill], I have yet to hear even one member tell me how this would move us even one inch closer to peace in the Middle East." Yet immediately before the final consideration of the anti-BDS bill, the Iowa Senate unanimously passed a resolution of support for Israel that also called for negotiations leading to a permanent Israeli-Palestinian peace settlement and a Palestinian state. That resolution-sponsored by State Sen. Robert Hogg (D-Linn) on April 18-was seen as a symbolic move to balance the nature of the anti-BDS legislation with a more dovish sentiment, making it easier for some lawmakers to support it.

Quirmbach spoke in favor of the Israeli-Palestinian peace resolution, arguing that even friends like Israel need to hear tough criticism from time to time.

The anti-BDS legislation now heads to the desk of Iowa Governor Terry Branstad, who is expected to sign it.