Yom Hazikaron is over, but it's still important to remember the victims 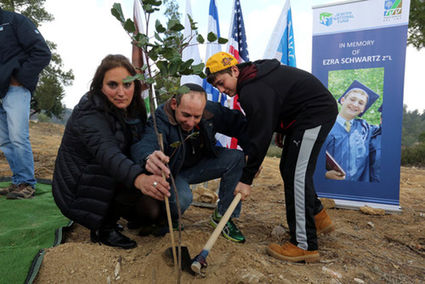 Ezra Schwartz's mother Ruth, father Ari, and brother Hillel plant a tree in his memory on Dec. 30, 2015, in Israel.

In January 2016, an Israel Defense Forces (IDF) Manpower Directorate report revealed that 36 Israeli soldiers died in 2015, marking the lowest single-year death toll the Israeli military has experienced in a decade. But although no major military operations took place in Israel last year, the fall season saw the start of a months-long (and ongoing) wave of Palestinian terror attacks that has so far claimed the lives of 34 people and injured 411 others since Sept. 13, 2015. The attacks began in the vicinity of the Temple Mount and eastern Jerusalem before spreading to Judea and Samaria as well as central Israel. To date, there have been 211 Palestinian stabbing attacks (including 66 attempted stabbings), 83 shootings, and 42 car-rammings.

Israel's annual memorial day for fallen soldiers and victims of terrorism, Yom Hazikaron, was marked this year on May 10. JNS.org assembled the following list from Israeli Foreign Ministry data and media reports on each fatal attack.

Alexander Levlovich, 64, was on his way home to the Armon Hanetziv neighborhood in Jerusalem after a family Rosh Hashanah dinner when his car was pelted with rocks by Palestinian youths. Levlovich suffered a heart attack, lost control of his car, and was seriously injured. He died shortly after being evacuated to a hospital.

Rabbi Eitam Henkin and Naama Henkin were driving in their car with four of their children when a terrorist shot at their vehicle, killing both parents. The children, including a 9-month-old baby, suffered minor injuries. Eitam Henkin was a dual Israeli-American citizen.

Rabbis Aharon Banita-Bennet and Nehemia Lavi​ were stabbed to death by a Palestinian terrorist near the Lion's Gate in Jerusalem's Old City. Lavi was a father to seven children. Bennett's wife and 2-year-old son were also wounded in the attack.

Chaim Haviv, 78, and Alon Govberg, 51, were killed in an attack by two Palestinian terrorists on Egged bus number 78 in the neighborhood of Armon Hanatziv in southern Jerusalem. Richard Lakin, 76, a dual Israeli-American citizen, was also wounded and eventually died in the hospital on Oct. 27.

Rabbi Yeshayahu Krishevsky, 59, was killed when a Palestinian terrorist rammed his vehicle into a bus stop on Malkhei Yisrael Street in Jerusalem, wounding several other pedestrians. The terrorist exited the car and assaulted the wounded Israelis, including Krishevsky, with an ax.

IDF Sgt. Omri Levy, 19, and Eritrean refugee Habtom Weldemicheal Zerhom, 29, were killed in a terror attack at the Beersheba Central Bus Station. Levy was killed by the terrorist, but Zerhom was errantly shot by Israeli security officers, who mistakenly thought he was the terrorist because he fled the scene.

Avraham Asher Hasno, 54, of Kiryat Arba, was run over and killed by a truck after Palestinians blocked the highway with burning tires and then pelted his car with stones, forcing him to exit his vehicle. He was survived by his wife, seven children, and nine grandchildren.

Israeli Border Police officer Staff Sgt. Binyamin Yakobovitch, 19, of Kiryat Ata, was one of three policemen wounded in a car-ramming attack at the Halhoul junction on Nov. 4. Yakubovich died of his wounds in the hospital on Nov. 8.

Kiryat Arba resident Netanel Litman, 18, and his father Rabbi Ya'akov Litman, 40, were killed in a shooting attack while driving on Route 60 near Otniel, south of Hebron, on their way to a pre-wedding celebration for Netanel Litman's sister. Netanel's mother, three sisters, and younger brother were also wounded in the attack.

Rabbi Aharon Yesayev, 32, of Holon, and Reuven Aviram, 51, of Ramle, were killed in a stabbing attack during afternoon prayers in the Panorama building, a commercial center in southern Tel Aviv. Yesayev was killed as he went upstairs to complete a minyan of 10 Jewish worshippers for afternoon prayers. He was survived by his wife and five children. Aviram was survived by his wife, son, and brother.

Yaakov Don, 49, Ezra Schwartz, 18, and Shadi Arafa, 24, were killed when a Palestinian terrorist opened fire at cars that were stuck in a traffic jam south of Jerusalem. Schwartz was an American yeshiva student spending his gap year between high school and college in Israel. Don was a teacher and the son of Holocaust survivors. Arafa was a Palestinian who worked as a sales representative for a Palestinian mobile phone network operator. Although Israeli authorities said Arafa was killed by the Palestinian terrorist, sources within the Palestinian Authority proceeded to claim that he was killed by IDF forces.

Hadar Buchris, 21, was waiting for a ride in Gush Etzion when she was stabbed by a Palestinian terrorist in the head, heart area, and chest. She died from her injuries in the hospital. Buchris had returned from a post-army service trip to India just weeks before her death. She was planning to study Torah at the Zohar College for Women in Bat Ayin.

IDF Cpl. Ziv Mizrahi, 18, of Givat Ze'ev, was killed in a stabbing attack at a gas station on Route 443, the highway between Jerusalem and Modi'in. Mizrahi was at the gas station on an assignment to activate an observatory balloon. After he was involved in a light accident near the gas station and was pulled over to exchange information with the other driver, a Palestinian terrorist fatally stabbed him. Mizrahi was posthumously promoted to the rank of corporal.

Ofer Ben Ari, 46, of Jerusalem, and Rabbi Reuven (Eduardo) Birmajer, 45, of Kiryat Ye'arim/Telz Stone, were killed in a stabbing attack outside the Jaffa Gate in Jerusalem's Old City. Argentinean Rabbi Reuven (Eduardo) Birmajer taught at the Aish Hatorah yeshiva in the Old City. Ben Ari, who was known for helping troubled teenagers by giving them free access to his music recording studio, was accidentally killed by a stray bullet fired by two Israeli Border Police officers who were trying to subdue terrorists.

Gennady Kaufman, 41, a maintenance worker at the Tomb of the Patriarchs in Hebron, was attacked by a knife-wielding Palestinian terrorist while waiting for a ride home on Dec. 7. He eventually died in the hospital from his wounds on Dec. 30. He was survived by his wife and two children.

Alon Bakal, 26, of Karmiel, and Shimon (Shimi) Ruimi, 30, of Ofakim, were shot when an Arab-Israeli terrorist opened fire in the Simta Pub on Dizengoff Street in Tel Aviv. Bakal was the pub's manager, and Ruimi was a former member of the IDF's Golani Brigade and civilian IDF employee who was in the pub celebrating a friend's birthday. After the terrorist escaped the pub, he entered the car of Bedouin-Israeli taxi driver Amin Shaaban, 42, of Lod, whom he also killed. Shaaban was survived by 12 children, and his wife was pregnant with another at the time of his death.

Dafna Meir, 38, of Otniel, was stabbed by a Palestinian terrorist as she was painting the front door of her home. Meir tried to fight off the attacker, protecting three of her six children, who were home at the time. Meir died at the scene. Before her death, Meir, a nurse who was studying Arabic, told her colleague Dr. Ahmed Nasser that Arabs and Jews "are neighbors and should speak the same language."

Shlomit Krigman, 24, of Shadmot Mehola in the Jordan Valley, was killed when two terrorists armed with knives infiltrated the community of Beit Horo, stabbing her and another woman. Krigman died of her wounds the next day. Krigman had just completed her bachelor's degree in industrial design at Ariel University.

Israeli Border Police Cpl. Hadar Cohen, 19, of Or Yehuda, was killed when three terrorists attacked police officers at the Damascus Gate in Jerusalem. Cohen, who had just been recruited into the Border Police, requested identification from two suspicious individuals, after which point they launched an attack. Cohen shot dead one of the two terrorists, likely saving a fellow police officer's life. A third terrorist who emerged at the scene then shot Cohen. She died of her wounds in the hospital.

Off-duty IDF Staff Sgt. Tuvia Yanai Weissman, 21, of Ma'ale Mikhmas, was killed while trying to stop two teenage Palestinian terrorists from stabbing shoppers at the Rami Levy supermarket in the Sha'ar Binyamin Industrial Zone, southeast of Ramallah. He was survived by his widow Yael and the couple's baby daughter. Weissman was a dual Israeli-American citizen. 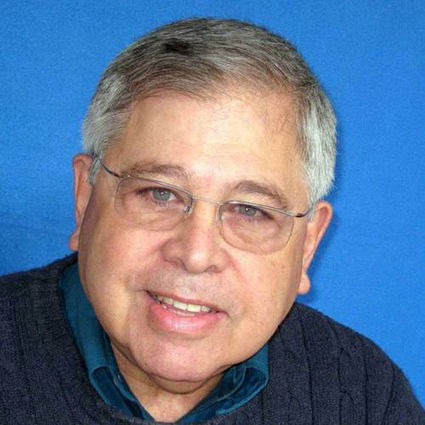 IDF Maj. (res.) Eliav Gelman, 30, of Karmei Tzur, was attacked by a knife-wielding Palestinian terrorist at the Gush Etzion junction south of Jerusalem. He was accidentally shot with a bullet fired by IDF forces, who were trying to neutralize the terrorist. Gelman, who took part in 2014's Operation Protective Edge, was survived by two young children, and his wife Rinat was pregnant with a third at the time.

American tourist Taylor Force, 29, of Lubbock, Texas, was killed in a Palestinian terror attack near the Jaffa port in which 11 other people were stabbed. Force had attended the West Point Military Academy and was a graduate student in business school at Vanderbilt University. He was visiting Israel as part of a school-sponsored trip for an elective course on global entrepreneurship, exploring the Jewish state's rich environment for start-ups.