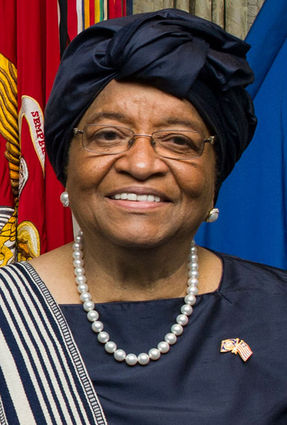 (JNS.org)-Liberian President Ellen Johnson Sirleaf is in Israel for a week-long visit to strengthen relations between the two countries.

"Throughout my visit with my delegation we wanted to learn about the extraordinary developments which Israel has made, especially in agriculture, which we look at with wonder each time we see it. You have done wonderful things in the field of water. There are a lot of similarities between Liberia and Israel. I wish to thank Israel for its help during our Ebola crisis, when Israel joined other forces and bilateral initiatives for the purpose of helping us beat this disease," Sirleaf said in a meeting with Israeli President Reuven Rivlin.

During a speech to accept an honorary doctorate from the University of Haifa on Tuesday she also said in response to a question about solving the Israel-Palestinian conflict that "barriers need to be broken down, not built up," Yedioth Achronoth reported.

Sirleaf is expected to meet with other Israeli leaders, including Prime Minister Benjamin Netanyahu.

"Liberia has gained a lot of experience from Israel in regards to our development goals. While this friendship was put on hold during the conflict in Liberia, I am happy because since I was elected President of Liberia in 2006, we have renewed the cooperation between us," said Sirleaf, the first woman to be elected as the head of an African state.

Sirleaf and Rivlin also discussed terrorism that Sirleaf said "can undermine the peace we have had," adding that she welcomes any knowledge and intelligence that Israel could provide Liberia on the issue.

Rivlin also requested Sirleaf's assistance in encouraging her colleagues to grant Israel observer status in the African Union, to which she noted that African countries have "friends on both sides," but she would help in any way she could.