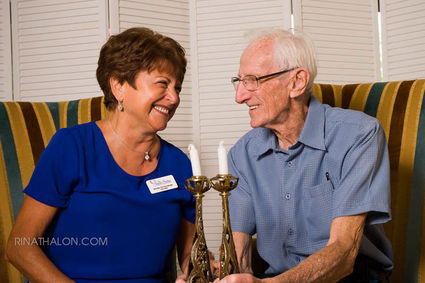 I read this in a recent issue of the World Jewish Congress (WJC) digest and will share it with you:

"The World Jewish Congress welcomed a decision by the British government to issue binding guidance to all public authorities in the UK aimed at preventing them from boycotting Israeli suppliers and imposing stiff penalties on those who do.

WJC CEO ROBERT SINGER called the new rules 'a significant step and a major victory against the Boycott, Divestment and Sanctions (BDS) movement which unfairly singles out Israel.

Over the course of the last years, the UK has been a hotbed for BDS activity.

We saw a number of universities and local councils adopting boycott resolutions against the Jewish State, severe actions in supermarkets, and attempts to hamper trade relations between Britain and Israel.

'While individuals remain free to express their opinions toward Israel, no matter how hypocritical they may be, it is critical that public authorities uphold the law and do not unfairly single out for punitive actions the only democratic state in the Middle East,' Singer added.

The guidance, published by the UK Cabinet Office, states that 'procurement boycotts by public authorities are inappropriate, outside where formal legal sanctions, embargoes, and restrictions have been put in place by the government."

I received this email about SHIRLEY SCHOENBERGER and I pass it along to you:

"Bringing smiles to residents of all faiths" is part of the mission statement of the Jewish Pavilion and Shirley Schoenberger exemplifies this to the Nth degree.

Shirley has become a beautiful fixture at weekly Shabbat services at Island Lake.

Her attendance records exceed those of any resident. While her help with distribution of challah and juice is greatly appreciated, it is her weekly dose of exuberance that residents depend on. Shirley also brings sunshine and smiles to residents of Savannah Court each month where she volunteers at their weekly ice cream social. "

(That ice cream social sounds fabulous... did someone say chocolate????)

I heard from the Winter Park Playhouse...

A wonderful show is coming to the Winter Park Playhouse on July 29th and will run through Aug. 21st. "I Love My Wife" is its title!

This is what's written about it:

"Heat up your summer with this Tony Award-winning Broadway musical comedy with a score by Cy Coleman!

Set in suburban New Jersey during the sexual revolution of the 1970s, two married couples contemplate adding some spice to their lives but only manage to get their toes wet!

A delightful marriage of music, laughs and all around fun!"

Many of you are familiar with this book as it is required reading in many junior high schools throughout the U.S.

It was also made into a movie titled "Charly" starring actor Cliff Robertson.

My cousin Daniel Keyes authored that book. His mother and my mother were sisters.

One day, 5-year-old Arnold asks his father, "Daddy, how was I born?"

His father replies, "Arnold, my son, I guess one day you'll need to find out so I'll tell you.

Well, you see your mommy and I first got together in a chat room on MSN. Then I set up a date via e-mail to meet her at a cyber-cafe. We then sneaked into a secluded room where your mommy agreed to a download from my hard drive.

As soon as I was ready to upload, we discovered that neither of us had used a firewall and since it was too late to hit the delete button, nine months later a little Pop-Up appeared and said, 'You've Got Male!'"