Cardoza-Moore to speak in Altamonte 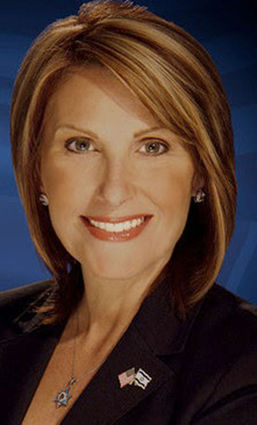 "We are in a war for the future of our country and the State of Israel!" says Laurie Cardoza-Moore, president of Proclaiming Justice to the Nations (PJTN). She will be speaking in Central Florida at the Eastmonte Civic Center on July 5 at 7 p.m. The topics she will cover are about BDS on college campuses and the propaganda being taught in the public schools.

"It is obvious that there is a growing number of parents who are outraged by the indoctrination of our children in secondary schools," Cardoza-Moore said. "There is a rise in anti-Semitic attacks on college campuses fueled by the BDS movement."

Cardoza-Moore will give an important update on PJTN's nationwide campaign to expose the anti-Semitic BDS movement, as well as, expose the biased content in our curriculum and textbooks. It threatens the future of our Republic, and our only friend and ally in the Middle East, Israel.

"The propaganda in these textbooks is not only anti-American, anti-Israel and anti-Judeo/Christian, but it also violates the Establishment Clause of our Constitution, favoring the establishment of one religion over all others-can you guess which one it is?"