Jewish groups putting up a fight against growing opioid epidemic 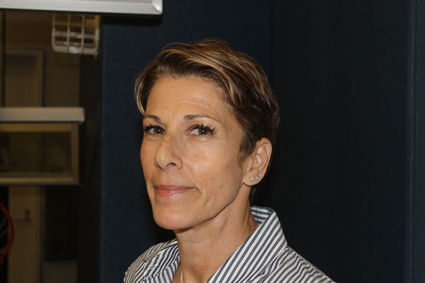 Eve Goldberg, whose son died of an opioid overdose in 2013, now runs an organization in his memory that seeks to create a community of young adults recovering from addiction.

NEW YORK (JTA)-Eve Goldberg's son, Isaac, was in a panic. He had to get out of college.

Isaac Goldberg Volkmar had been at the University of Rhode Island for less than a semester in 2009 when he called his mother desperate to escape. He had joined a fraternity, where his brothers got him to take the pain medications Percocet and OxyContin. After a few months the New York teen knew he was addicted and needed help.

From there, Isaac was in and out of rehab in Pennsylvania and New York. He overdosed the summer after freshman year. At one point, a family friend burst into Eve's apartment, where she found Isaac turning blue and had him rushed to the hospital.

Isaac grew up in what his mother calls a normal Jewish home in the downtown Manhattan neighborhood of Tribeca. The family had no history of addiction, so by 2013, when Isaac was recovered and working as a basketball coach at the United Nations International School in Manhattan, Goldberg hoped the worst was behind him. He was even set to move into his own apartment.

But Isaac began acting anxious that Thanksgiving. He woke up his mother in the middle of the night looking for aspirin. In December, Goldberg walked into his room and found him unresponsive, overdosed on opioids. He died after six weeks in a coma; he was 23 years old.

"For Isaac, a lot of it was he didn't feel good about himself," Goldberg said. "He was trying to self-medicate and to escape. Things were bad for him. School was hard for him. That was a big part of it-trying to [be] numb and not feel."

Last year, Goldberg founded BigVision, a community for young adults in recovery from addiction, where participants get together twice a month to do activities like riding go-karts, knitting or playing basketball. It's one of several Jewish initiatives nationwide to combat addiction, especially as opioid abuse increases across the country.

Death from opioids-from prescription painkillers like OxyContin to controlled substances like heroin-has increased in the United States since 2000, according to the Centers for Disease Control and Prevention. In 2014, nearly 30,000 people died from opioid overdose in America, a 14 percent jump from the previous year. And while data among American Jews is hard to come by, statistics show a rise there, too.

More than 20 Orthodox Jews have died from opioid overdoses since last Rosh Hashanah in the New York area, according to Zvi Gluck, who runs Amudim, an organization that helps addicts find treatment. At Beit Tshuva, a Jewish long-term residential recovery center in Los Angeles, applications have risen 50 percent in the past year, from 400-500 to 600-800, which Rabbi Mark Borovitz, the center's head rabbi, attributes to opioid addiction.

Borovitz and Gluck both say typically middle-class American Jews are more susceptible to opioid addiction because painkillers are accessible in an otherwise safe environment, where hard drugs may not otherwise be present. Borovitz, like Goldberg, also attributes the rise in abuse to the overprescription of medications.

The journal JAMA Psychiatry reports that heroin use is no longer an inner-city, minority-centered problem but one "increasingly affecting white men and women in their late 20s living outside of large urban areas." Heroin use is also up because because the opiate is less expensive and often easier to obtain than prescription opioids.

"We get opiate addicts all the time," said Borovitz, whose wife, Harriet Rossetto, founded Beit Tshuva 30 years ago. "Doctors get them hooked on all the opiates, OxyContin, etc., and then they turn to heroin."

Operation Survival, which has worked to prevent drug abuse among the Chabad-Lubavitch and non-Jewish community in the Crown Heights neighborhood of Brooklyn since 1988, launched the Opioid Overdose Prevention Program in May. The program trains people to administer Naloxone, a drug that blocks or reverses the effects of an opioid overdose if given quickly enough.

"You give Naloxone, it can only help," said Operation Survival program director Yaacov Behrman. "If someone is overdosing and you have access to Naloxone, in those five minutes you can save the person's life."

A range of other groups are offering Jewish responses to addiction in general and opioid abuse in particular. In Brooklyn, The Safe Foundation gives lectures at Jewish schools about the dangers of drug and gambling addiction, and provides outpatient treatment. The Chabad Residential Treatment Center in Los Angeles treats men for substance abuse. In southeastern Pennsylvania, Rabbi Yosef Lipsker serves as an addiction counselor at the Caron Treatment Center, where he has provided religious resources and counseling to 5,000 Jewish patients since 1999.

Orthodox Jews combating addiction say that while the Orthodox community used to deny drug abuse was a problem, more people have sought treatment as stories of overdose deaths have spread. Gluck said that while an insular community can perpetuate the problem by trying to hide it, the community can also offer stronger support once the problem is acknowledged.

"Fifteen years ago it was very much under the rug," he said. "It was very much not spoken about. [Now] a lot of the rabbis are more familiar with it. Everybody knows someone. You can't say anymore that it doesn't exist in our community."

Some of the Jewish counselors add a Jewish tint to the recovery process. Lipsker has Jewish patients at his home each week for Friday night dinner and provides kosher food to observant patients. Borovitz relates the weekly Torah portion to recovery in his weekly sermon-drawing a connection, for example, between God's encounter with Adam in the Garden of Eden and an addict acknowledging he has a problem. 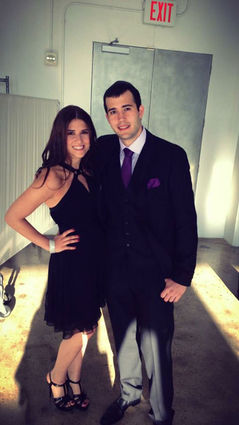 Isaac Goldberg Volkmar, shown here with his sister, died of an opioid overdose in 2013.

"One of the things addicts do is they isolate, disconnect from family and friends, lose whatever they have in terms of their spirituality," Lipsker said. "In an institution, you can bring it back to them with the warmth of a Jewish home."

Eve Goldberg hopes to grow BigVision to the point where she can open a permanent community center for recovering addicts in New York City. Her group is open to Jews and non-Jews alike, but she said Jewish parents of addicts need to be more open about acknowledging opioid addiction and seeking help for their children.

"Jewish parents, parents who come from a good socioeconomic background, people like that want everything to look perfect, so they don't talk about things," she said. "I used to think heroin was worse. It's not."