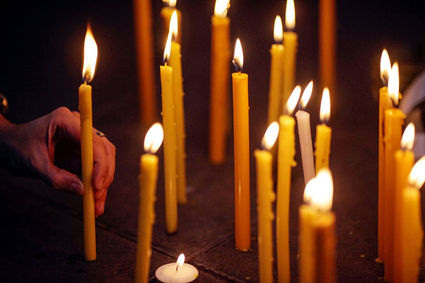 During the June 19 vigil at Lake Eola Park, Orlando Mayor Buddy Dyer called on the Orlando community to continue to remember those who died at the Pulse nightclub at the hands of a terrorist by maintaining both the memory and the dedication "30 days from now."

In response to Mayor Dyer's request, the Jewish Community Relations Council (JCRC) of the Jewish Federation of Greater Orlando has organized a Jewish communal event to take place on Sunday, July 10, to show support of the LGBT and Hispanic communities.

Jewish tradition has a 30-day formal mourning period called Sheloshim that allows for those in mourning to transition from the initial loss back into daily life. Following the Hebrew calendar, sunset on Sunday will begin the 30th day since the attack.

Clergy from across the Jewish community will lead the service. The service will be held at Congregation Ohev Shalom, 613 Concourse Parkway S., Maitland, at 7:30 p.m. Please RSVP online at http://orlando.fedweb.jewishfederations.org/page/s/sh-loshim-communal-event.