Not a time to be silent about BDS, anti-Semitism 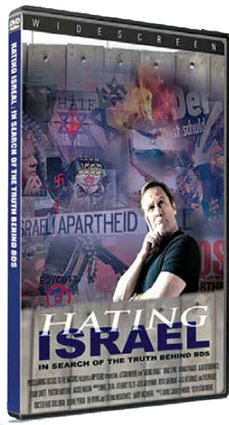 Speaking with passion and commitment, nationally known speaker/media expert Laurie Cardoza-Moore, founder and president of Proclaiming Justice To the Nations (PJTN), once again encouraged her audience in Altamonte Springs to take a stand against the BDS movement. The event was hosted by the Greater Orlando Citizen Action Network.

"My message... is if you stand by and you do nothing in your lifetime when you see what is happening to Israel and you see the rise of anti-Semitism, will you share the same fate as the Edomites?" Cardoza-Moore said, referring to what happened to the Edomites in the book of Obadiah.

Using a 30-minute trailer of PJTN's latest docu-tainment (a documentary produced in an entertaining way), "Hating Israel: In Search of the Truth Behind BDS," she hit home some of the important facts about the destructive nature of this movement against Israel.

For example, the movement's founder, Omar Barghouti, consistently states that he is not in favor of a two-state solution in Israel. He favors only one state, and that is a Palestinian nation. He further accuses Israel of being an apartheid state. His lies, and those of many in favor of BDS, are being spread throughout many college campuses across the United States.

This docu-tainment is targeted for Millenials with its message about why BDS is not only a death sentence for Israel, but the United States as well. It is fast-paced, humorous, and in-your-face with on-the-street interviews with Jewish and Arab Israelis and Palestinians living in Israel to Palestinians working in Israeli companies in Judea and Samaria, students on American college campuses and to Israeli rescue teams such as ISRAID. Christian comedian Brad Stine, who takes the viewers on this journey to find the truth, also speaks to a wide array of leading figures who help make sense of this anti-Jewish crusade.

The viewer gets an upfront look at what Israel really is about, as Stine can't help but highlight Israeli innovations and philanthropic projects that have positively impacted the lives of millions of people around the world, including Arab citizens of Israel and Palestinians.

(Spoiler alert: No apartheid was found in Israel, but that is not including the areas controlled by the PA.)

Cardoza-Moore couldn't emphasize enough the importance of informing and equipping college students with the truth about the BDS movement. Anti-Semitism is on the rise on college campuses, and the BDS movement is anti-Semitic.

"The goal is to take the documentary to churches, synagogues, university and college campuses and community centers, and to encourage people to spread the word about the truth behind the BDS movement," she stated.

The PTJN website (www.pjtn.org) will allow groups to register for a screening, with a Q&A session afterwards to engage the audience and to help them understand this narrative so it can communicate it back to their family and friends, and to encourage them to pass on the message.

The documentary premiered in Jerusalem last month and will be released in the U.S. this fall in two versions-one for Christian audiences and one for secular audiences.

Cardoza-Moore also spoke about another important issue facing our children in public schools.

"The battle is for our children's education and the future of this nation," she said about the need to reform school textbook material that has anti-American, anti-Christian and anti-Semitic references. In Seminole County high school history textbooks, 17 pages teach about Judaism, 13 pages teach about Christianity and 30 pages are devoted to Islam. Why the bias? Cardoza-Moore asked the audience. Which religion would most children come to the conclusion is the most important and largest? In fact, many high school students must learn Islamic prayers and make a prayer rug.

"We have a few brave legislators that are willing to take a stand but they cannot do it alone. They need the people of Florida to back them in order to be heard," she said.