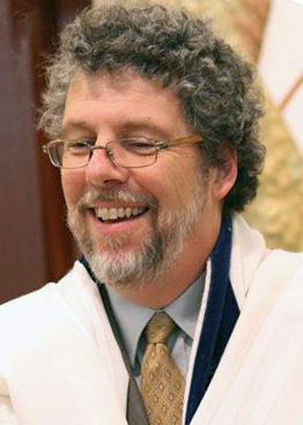 With all the talk and worry about Isis these days, we almost put on the "back burner" terrorist organizations like Hezbollah.

DAVID HARRIS of the American Jewish Congress wrote the following (in part) on April 27th of this year:

"Nearly three years ago, The European Union finally overcame its longstanding resistance and addressed the issue of adding Hezbollah to its terrorism list.

The good news is that the 28 member states, prompted by the determination of Bulgaria, which experienced a deadly Hezbollah attack the year before, and Cyprus, which arrested a Hezbollah operative scouting out sites, took action.

The bad news is that the EU opted to bifurcate (divide into two forces) Hezbollah and place the 'military wing' on the terrorism list, while leaving its 'political wing' off it.

If ever there was a distinction without a difference, this was it. Don't take my word for it. None other than Sheikh Hassan Nasrallah, Hezbollah's Lebanon-based chief, said as much, stressing that no one could divide his organization.

Mocking the EU's decision, Nasrallah asserted 'A government (of Lebanon) without Hezbollah will never be formed. Just as a joke, I propose that our ministers in the next government be from the military wing of Hezbollah.'

It's not often that I agree with Nasrallah, but on this occasion... give him his due... he was right about the EU illusion that there are two Hezbollahs."

Remember, I write in advance...

Writing this column on the Fourth of July, Independence Day, I am so proud to be an American!

I am the widow of an Army veteran of the Korean War who is buried in the National Cemetery in Bushnel, Florida.

Not a veteran myself, I still went through all the worries.

Now, there is terrorism to worry about. How frightening (and sad).

I am quoting directly from their email:

"In the wake of the horrific June 12 attack at the Pulse nightclub in Orlando, the Greater Orlando Jewish community has joined the wider community in mourning, praying and starting the healing process. During this painful period, one of the leading voices in the Jewish community has been Rabbi DAVID KAY of Congregation Ohev Shalom in Maitland.

Just hours after the attack, Rabbi Kay participated in an interfaith vigil at Jones High School, where he offered a powerful message of unity: 'As long as we come together, no act of terror, no act of murder, no act of hate can extinguish the light that has kindled from what we all start here tonight.'

After the Jones High vigil, Rabbi Kay fulfilled a prior commitment to work at Camp Ramah Darom in Georgia. Even while in Georgia, he helped organize a June 19 community vigil at Orlando's Lake Eola Park. A few days later he briefly returned home to serve as one of the featured speakers for the vigil, which attracted an estimated 50,000 people. Rabbi Kay also helped organize our community to support the Pulse victims' families at their loved ones' funerals by creating human chains to block protesters.

He has not slowed down in the days since. Rabbi Kay has taken a leadership role in helping the Jewish Community Relations Council plan the July 10 Sh'loshim event.

On behalf of the Greater Orlando Jewish community, we thank Rabbi Kay for providing strength and comfort at a time when our city desperately needs both."

(I think the world of Rabbi Kay also.)

An event my readers may want to attend...

On July 21, 22 and 23, Blessed Trinity Catholic Church, 4545 Anderson Road, Orlando, will be holding a fantastic rummage sale sponsored by the Council of Catholic Women.

Items ranging from clothes, jewelry, housewares, furniture, linens, books and more, will be for sale. Clothing will even be sorted by size!

(In case you have trouble finding your way, it is off South Conway Road, south of Lake Margaret.)

Great jazz is coming our way...

On Sunday, July 31st, the fabulous JOHN ORSINI returns to the Altamonte Chapel. Our own ALAN ROCK is emcee of course. The music begins at 12:30 p.m.

Inspite of all the terror and craziness in the world, don't let your worries get the best of you.

Remember: Moses started out as a basket case.