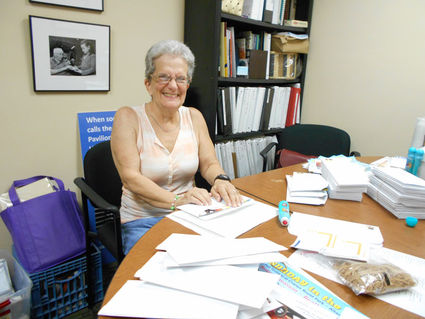 This is troubling to me. "A final solution?"...

I received the following in the mail from the World Jewish "ACongress (WJC) digest. I pass it along to you:

"World Jewish Congress President Ambassador RONALD S. LAUDER called upon the UN and the international community to end the anti-Israel rhetoric that has exceeded proportion and is extending into the realm of the absurb.

Anti-Israel statements at the United Nations, within many of the bodies, including the Security Council, are mounting to levels beyond proportion and are turning the international body into a theater of the absurd," Lauder said. "Anyone denying that anti-Zionism is anti-Semitism need only to hear the words coming out of the mouths of some of the highest representatives of countries that clearly hate Israel and everything that it stands for."

At an informal meeting of the UN Security Council in May regarding international protection for the Palestinian people, Venezuelan Ambassador RAFAEL RAMIREZ said "Members of the UN Security Council should ask themselves, What does Israel plan to do with the Palestinians? Will they disappear? Does Israel seek to wage a final solution, the sort of solution that was perpetrated against the Jews?"

In his response, Lauder said, "This sensitive phrase, 'final solution' was used only once in recent history by the Nazi murderers seeking to systematically destroy the Jewish people. Using it now against Israel can be seen as nothing other than a cynical hatred for Jews and a sick twist and denial of the horrors they were forced to endure only 70 years ago. Such comparisons are never acceptable and never appropriate."

Following criticism, including from the United States, France, the United Kingdom and Israel, Ramirez apologized for his remarks.

(His apology was welcomed but it may have been too little, too late.)

I recently received this email and pass it along:

"Often the first person to arrive at the Jewish Pavilion on Monday morning is FAITH PARMET. She is not an employee, but rather a truly dedicated volunteer who helps in the office on a weekly basis.

On any given Monday, you will find her preparing mailings, stuffing envelopes, filing or organizing Jewish Pavilion supplies.

Thanks to Faith, the closets at the Jewish Pavilion are impeccably neat at all times.

The Jewish Pavilion staff is very grateful for her dedicated service.

Worth repeating again and again...

On Sunday, Aug. 28th at 2 p.m. sharp in the synagogue social hall, the Congregation Ohev Shalom Seniors will hold a fantastic afternoon of entertainment and an ice cream social that is absolutely free for everyone... and everyone is welcome to attend, member or nonmember.

The entertainment will be provided by The Fantastic Duo, a talented husband and wife team who will perform for more than an hour.

Congregation Ohev Shalom is located at 613 Concourse Parkway South in Maitland. For directions and other information, phone COS Seniors President, BERNY RAFF at 407-767-6763.

At all Publix Markets that I have shopped in I always find the employees to be courteous and helpful. But one, in particular, stands out to me.

His name is MICHAEL KIMBELL and he is employed at Publix Market #1381 on Aloma Avenue in Winter Park. He was so helpful and kind that I was really touched. Thank you Michael for being you.

Rachel is walking down Edgware Road and meets her friend Naomi. Rachel is very surprised to see that Naomi is walking a dog.

"So what's with the dog, Naomi?" asks Rachel. "I've never seen you with a dog before. Is it new?"

"Yes it is," replies Naomi, "I got this dog for my husband. I wish I could make a trade like that everyday."