Three baseball books from some veteran Jewish observers of the game 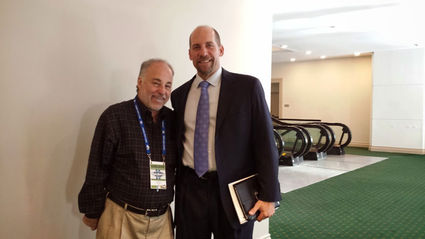 (JTA)-For many, summer is all about the three B's: baseball, beaches and books.

With the weather and pennant races sizzling, two journalists and the mayor of baseball's mythical home village of Cooperstown, New York-all Jewish-have provided their takes about a sport that has captivated them for a long time.

The journalists, Hal Bock and Dan Schlossberg, focus on two National League teams: the Chicago Cubs, well-positioned this season to break a 108-year championship drought some consider a curse, and the Atlanta Braves, who won 14 consecutive division titles through 2005 but now have the worst record in Major League Baseball.

Bock covered baseball for The Associated Press for four decades, while Schlossberg also once served on AP's baseball beat.

Jeff Katz is now serving a second term as mayor of Cooperstown after moving there to indulge his lifelong love of baseball. In the book, he researches the strike-dividing season of 35 years ago that resulted in first- and second-half champions and the majors' best team, the Cincinnati Reds, missing the playoffs.

JTA spent some time talking to the authors, who provide Jewish anecdotes connected to the books and ruminate about their pasts growing up in the baseball-rich New York City area.

The Last Chicago Cubs Dynasty Before the Curse

"The Last Chicago Cubs Dynasty Before the Curse" covers the years 1906 to 1910, when the Cubs reached four World Series and won two of them.

It was "a fun book to write," said Hal Bock, adding that he enjoys the so-called deadball era in baseball, when home runs weren't all the rage.

"The Cubs got off to a magnificent start this season [2016]-the best start they've had since 1908, a season that's mentioned prominently in the book," said Bock, 77, of suburban Long Island, New York. "The last time the Cubs were in the World Series [1945], World War II had just ended; the last time they won a World Series [1908], World War I had not yet begun. That puts it in some perspective.

"The Cubs' catcher, Johnny Kling, was Jewish-or, at least, his teammates believed he was Jewish. He was an outstanding defensive catcher. During the [1907] World Series, the Tigers' Ty Cobb was on second base. The Cubs' shortstop, Joe Tinker, was kibitzing with Cobb and said, "Watch it, or the Jew will nab you," referring to Kling. Sure enough, Kling picked him off second base."

As to why the alleged slur wasn't mentioned in the book, Bock said: "I wanted it to be a baseball book, so I just avoided any controversy. This is not a book about Judaism; it's a book about baseball.

"He was a great hero to every Jewish kid in the Bronx, believe me," Bock said. "When I was a kid about 8 years old, my father took me to my first baseball game, at the Polo Grounds, at the upper tip of Manhattan. My eye catches this structure that's hanging off the middle deck behind home plate. I asked my dad what that was, and he said, 'Oh, that's the press box, where the writers sit.'

"My eyes opened up like saucers and I said, "That's their job? Holy mackerel-what a way to make a living!" I decided right then and there that this was what I wanted to do, and I was fortunate enough in life to write about baseball."

Split Season 1981: Fernandomania, the Bronx Zoo, and the Strike that Saved Baseball

"The Miller aspect of the story-seeing his father on the picket line in the Garment District [in New York City]-was a very definite Jewish anecdote that means something to me. I think my point of view in 'Split Season' is very connected to my Jewishness. Even though I was a trader and worked on Wall Street, when it comes to owners versus workers, which was the 'Split Season' story, most Jewish people are on the side of the workers, almost by instinct."

Katz, 53, said he was "a voracious reader" of baseball history at a very young age.

"There was something about it that was remarkable," he said. "I recall reading a Warren Spahn biography in 1968. As a kid in a Jewish family going to public school in a predominantly Jewish neighborhood [in Brooklyn], there was always that Jewish thing of education is important, reading is important and it doesn't matter what you read. Teachers and family members were getting me baseball books.

"Remember the Scholastic book orders?" he asked. "I would order every sports book in that catalog. No one ever said, 'Maybe you can order two books instead of 10.' There was a sense that reading books was an important thing. I still have all those books."

When the Braves Ruled the Diamond: Fourteen Flags Over Atlanta

Dan Schlossberg, a New Jersey native, said he became a Braves fan in 1957, when the team then in Milwaukee beat the New York Yankees in the World Series.

"I've stayed with the Braves because I always loved the underdog," said Schlossberg, 68, of Fair Lawn, New Jersey. "Through good and bad years, the Braves have been a fun team to watch. They've had many Baseball Hall of Fame players-from Hank Aaron, Eddie Mathews and Warren Spahn to Phil Niekro, Greg Maddux and Tom Glavine, not to mention [manager] Bobby Cox and 2018 candidate Chipper Jones.

"It was a very enjoyable, one-of-a-kind weekend-probably the only time that kosher food was served at the Baseball Hall of Fame," he said.

Schlossberg has co-authored three books with celebrities, and two happen to be Jewish: Blomberg, an ex-Yankee and baseball's first designated hitter, and Al Clark, a former American League umpire.

"I'm very proud to have promoted some of the Jews involved in baseball through those two books," he said.

As a kid, Schlossberg said, he was proud of the exploits of Jewish players.

"I was not a Dodgers fan, but I was a Sandy Koufax fan. I saw him pitch many times," he said. "I knew about Hank Greenberg and Moe Berg because I am a student of baseball history.

"Shawn Green holds the record for most total bases in a game, 19, with four homers, a double and a single. It'll be difficult for anyone-gentile or otherwise-to break that record."