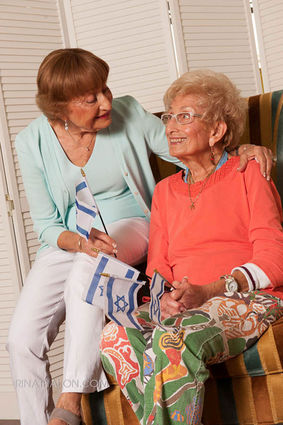 I just received the following letter from the WJC. I am in shock!

"Recently, the World Jewish Congress launched a petition campaign urging Google Germany to remove the lyrics below by the neo-Nazi Kommando Freisler from their song 'In Belson' that was widely available on YouTube, including in Germany. (I warn you. It is upsetting to say the least.)

"Here are some of the translated lyrics of the song.

'In Belsen, in Belsen, they hung there by the neck. Fidiralala,

In Auschwitz, every child knows that Jews are only there for heating. Fidiralala,

The rabbi, that old pig, he then goes into the oven. Fidiralala,

And once he's roasted there enough, he flies away through the chimney. Fidiralala,

In Dachau everyone knows how one can kill the Jews. Fidiralala,

And the moral of the story is: A Jew does not survive all this. Fidiralala.'

Such lyrics are illegal in Germany, as they incite hate against Jews. Google Germany responded by taking the legally required bare minimum: they simply blocked access to this video in Germany.

Alarmingly, videos with anti-Semitic lyrics like these can still be viewed around the world in countries where such content may not be illegal, but is still in gross violation of YouTube's own terms of service and any modicum of decency. Google should be ashamed. They must bear responsibility."

(You can take action now by going online to) https://support.worldjewishcongress.org/google.

Spotlight on a mensch couple...

"BERNICE and JOE DAVIDS are numerically older than many of the seniors that they meet through the Jewish Pavilion, yet in body and spirit they are much younger.

The Davids have been volunteering for the Jewish Pavilion for more than five years. While Joe is training people in fitness, Bernice comes to the office and helps with handwriting personal notes, stuffing mailings, preparing goody bags and decorating gifts. She has baked for almost every holiday and her legendary recipe for Bubbe's apple cake has been published in the Jewish Pavilion's 'A Guide For The Jewish Elderly.'

Over the years, the David's have forged wonderful friendships with seniors at Savannah Court, Horizon Bay and Brookdale Lake Mary."

I know I've written about this a few times but because it is absolutely free and open to all, it bears repeating:

On Sunday, Aug. 28, the Congregation Ohev Shalom Seniors will start their new season with an ice cream social!

Of course there will be entertainment by the husband and wife duo... the Fantastic Duo... and they are fantastic.

For directions and further information, contact COS Seniors president, BERNY RAFF at 407-767-6763.

Aug. 28, 2016, Jeff Rupert and his saxophone will fill the air with beautiful jazz. Joining Jeff will be Richard Drexler, piano; Ben Kramer bass; and Marty Morell drums. You don't want to miss this and bring your friends.

Our own ALAN ROCK is emcee.

This is not a joke. Rather a clever saying:

Remember, life is short. Live it to the fullest. It has an expiration date.