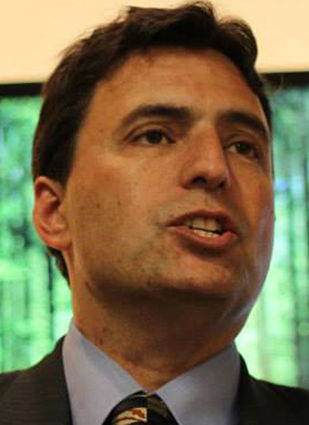 Dvorchik joins the Maitland-based center after three years as the president and CEO of the Jewish Federation of Greater Seattle. While in Seattle, Dvorchik established and reestablished a portfolio of programs, by setting the direction and raising the funds necessary to make those programs possible.

Prior to his tenure in Seattle, Dvorchik served for 15 years as the CEO at the University of Florida's Hillel, one of the largest of more than 500 Jewish campus organizations across the globe. While in Gainesville, Dvorchik tripled the organization's operating budget through the creation of an annual development campaign.

He also oversaw an $8.5 million capital campaign to construct a new facility for the Hillel, located across the street from UF's football stadium. As a result of his success at the University of Florida, Dvorchik maintains relationships with many members of the Orlando community.

"I am thrilled to return to Florida," Dvorchik said. "While I have enjoyed my time in Seattle, the people and culture of Florida feels like home. When I heard about the opening at The Roth Family JCC, I was excited about the possibilities and the impact that the JCC is already having and the potential impact it can have. I love that I will be close to so many friends and family members."

Dvorchik's strength in building relationships with staff, volunteers, and donors won over the search committee, which conducted a national search under the leadership of past JCC president, Jodi Krinker.

"I tasked the search committee to undertake a diligent search to find the person who would best fit our vision and commitment to utmost excellence going forward," said Ronnie Bitman, board president. "They worked very hard to find someone who can refresh our organization and try new, different, and exceptional things."

The committee included voices from the community, including representatives from several local Jewish organizations, like the Jewish Academy of Orlando, Jewish Federation of Greater Orlando, and Central Florida Hillel. "We wanted to get as broad a voice as possible, since we are the Jewish community's hub," Bitman said.

"I have been incredibly impressed by the board, the volunteers, and the professional staff members I have met," Dvorchik said. "It's a great team that I am joining, and I can't wait to be the leader of such an inspired group of people."

Bitman echoed Dvorchik's excitement, describing him as "by far, the standout choice."

"He brings to the table a tremendous amount of experience in building Jewish organizations, and we look forward to the positive impact he will have on our JCC's future."

With the existing strength of the JCC's programs, Dvorchik recognizes the opportunity to expand the JCC's reach, impact, and scope to even greater levels.

"I am excited to have the opportunity to dream with the team and the board about how we can better serve the Orlando Jewish community so that more people are finding their connection through the JCC," he explained.

His vision is that The Roth Family JCC of Greater Orlando becomes the continental model for Jewish engagement.

"We already have world-class parts of the organization, and I want people across the continent to look at us as THE model for how you do everything," Dvorchik explained. "We will be world-class in all that we do. The JCC movement will use The Roth Family JCC as THE example of how to engage the community, provide meaning and value, and to have significant impact."

It's his interest in "community engagement" that propels Dvorchik to ensure that the JCC is viewed as "the place to go" in the local community.

Thanks to Dvorchik's professional experiences at the University of Florida's Hillel, he's already well-acquainted with Orlando's assets as a community, describing the many people he already knows in the community as "fun, warm, and engaging."

Dvorchik takes the reins of the organization after Robby Etzkin served in the temporary role of acting executive director since David Wayne's departure in February. Etzkin will continue in his executive role of overseeing the JCC's programs and operations, while Dvorchik focuses on strategic direction and financial resource development.

"Any time there is a change in leadership it's a huge opportunity," Etzkin said. "I'm excited to work with Keith and implement new ideas, programs, and initiatives."

Dvorchik looks forward to participating in the community, along with his wife, Alison, and his sons Evan, a junior at Winter Park High School, and Matthew, an eighth grader at Glenridge Middle School.

"I hope that people will see me working out and playing basketball so we can talk. I look forward to meeting parents of campers and in the Richard S. Adler Early Childhood Learning Center. There is so much going on at the JCC-I can't wait to be a part of it and to really meet everybody."