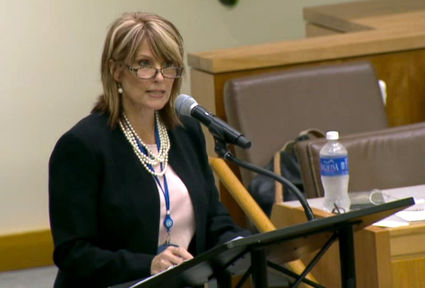 NEW YORK-UN Envoy Laurie Cardoza-Moore has condemned the American Lutheran Church for demanding the U.S. to stop sending aid to Israel until a Palestinian State is established and Jews cease building in the biblical heartland of Judea and Samaria. Cardoza-Moore, who represents the World Council of Independent Christian Churches (WCICC) at the United Nations and is president of Proclaiming Justice to The Nations (PJTN), speaks for over 44 million congregants who know their Bible and perceive the Lutheran Church's actions to be both heretical and based upon its lack of biblical knowledge and anti-Semitic roots.

As a UN Special Envoy, Cardoza-Moore deplored the Lutheran's additional call for America to enable the non-existent Palestinian State to become a member of the United Nations. She went on to reiterate her position that all international aid money to Gaza should immediately cease as long as Hamas is in power, in order to ensure that money isn't funding terrorism, but provides the necessary aid to the impoverished Arabs living in Gaza, Judea and Samaria.

Laurie Cardoza Moore stated, "the Lutheran Church's decision to single out the Jewish State for rebuke is nothing short of anti-Semitic heresy based on its anti-Semitic roots. It would seem that the Lutheran Church has chosen to follow in the path of their founder Martin Luther, who, later in his life, became a vehement anti-Semite and wrote a treatise where he argued that Jewish homes, schools and synagogues be set on fire, their prayer books burned and he also stated, "We are at fault in not slaying them (the Jews)."  It appears that Luther's writings were one of the driving forces behind Hitler's justification of slaughtering six million Jews during the Holocaust."

"Clearly the leadership of this church has not read the Bible, which clearly states that God's land covenant with the Jewish people is eternal and irrevocable. There was no Palestinian State in the Bible, only the Kingdom of Israel. Suggesting that Jews cease building homes on their ancient biblical homeland, where 70 percent of biblical history occurred is absurd and anti-Christian. Advocating that the Palestinians become a member of the United Nations without any formal agreement with Israel is tantamount to rewarding terrorism" Cardoza-Moore concluded stating, "this obscene, heretical obsession of siding with the enemies of Israel does not belong in any church. Hardly a week has passed since it became evident that millions raised by Evangelical Christian charities like World Vision to assist the impoverished Arabs in Gaza has been funneled to the Islamist terrorist murderers of Hamas. The Lutheran Church and all God fearing Christians would be better served by boycotting all aid to Gaza as long as Hamas continues to rule over its people with an iron fist, persecute its Christians and invest in terror tunnels and missiles, instead of hospitals, schools and universities."