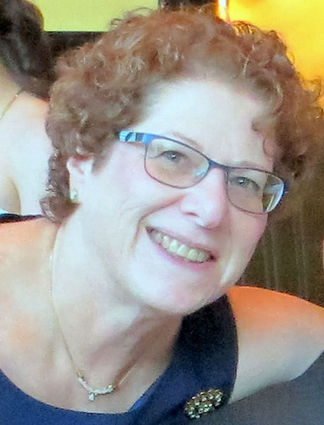 Marilyn Lustig attended the first of a monthly series "My Jewish Roots" workshop on Sept. 6. By attending the workshops, sponsored by the Jewish Genealogical Society of Greater Orlando (JGSGO), Lustig hopes to learn more of her family's history. More information on the workshop series and the International Conference on Jewish Genealogical to be held next summer, is at the end of the article.

While doing research on my family via Ancestry.com, I found a Family Tree very similar to my own, created by a Paul Auerbach. Ancestry allows you to contact other researchers so I did this and discovered that Paul is the husband of my cousin Nancy, the granddaughter of my Uncle Jacob (Jack) Levine. I had met Nancy as a child but knew very little about her family as an adult. Paul and I both had a variety of information about my uncle that we had found on Ancestry.com, like census information, draft registration cards, wedding announcements for Jacob's children, etc.

From both his Petition for Naturalization and Certificate of Arrival we learned that he had arrived on the SS Ryndam from Rotterdam on March 16, 1909. In addition to "Jacob" and "Jack," relatives had also called him "Meyer" and "Maurice," which were on those and other records, however, we couldn't find him on the actual ship's manifest under any of those names. So, the search was on for anything that would verify his arrival in the U.S.

Paul contacted Barbara Zimmer, a genealogy researcher who has helped many others. She suggested that he check Jacob's gravestone to see if more could be learned. Paul and Nancy then went to Jacob's grave, which was not far from where they live in Massachusetts. The gravestone showed Jacob's name in Hebrew to be Meyer Yitzchak!

Noting that Jacob was shown on the 1920 and 1930 U.S. Census records as immigrating in 1910, Barbara Zimmer then researched March 16, 1910 under Meyer Yitzchak and the diminutive "Itzke." She found that an Itzke Levine had arrived on the SS Ryndam on that date.

Barbara then accessed a copy of the actual ship manifest on Ancestry.com and found that Itzke is shown as about 18 years of age, his occupation was 'salesman,' and his race 'Hebrew.' He was shown as coming from Drab, which was a mistake for Trab (a.k.a. Traby) which was also shown by other relatives as their town of origin in Lithuania. (Traby became Poland between the World Wars and now is in Belarus.) Most important, the name of his closest relative is shown as his mother, my grandmother, Michla Lewin. Mystery solved!

In the process of uncovering some key family history, I also found previously unknown relatives and experienced the intense joy of discovery when all the information matched. It's like solving the best puzzle you have ever worked on and finally getting the right piece in the right place.

One discovery in genealogy frequently leads to other questions. Following the tradition of naming children after a deceased ancestor, I know that my great grandfather's name was Meyer but who was Yitzhak? And yet other questions I'll never get the answers to, like why did Jacob/Meyer choose the name Itzke to put on his manifest? Why did he choose Jacob as his American name?

The next in the series of workshops will be "Connect to the Experts and Key Resources," with Marlis Humphrey, IAJGS president. It will be held Wednesday, Oct. 5, 2016, 7 p.m.-9 p.m. at The Roth Family Jewish Community Center, 851 N. Maitland Ave., Maitland, FL 32751. The workshop is free and open to the public. Please bring your own laptop to participate in the lab portion. It is also possible to attend live via the Internet. 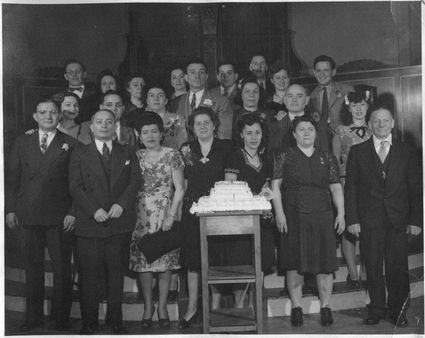 Pre-registration is required to participate either in-person or online: http://www.jgsgo.org/MyJewishRoots.

These workshops will help the Orlando Jewish community get the most out of the upcoming 37th Annual International Association of Jewish Genealogical Societies (IAJGS) International Conference on Jewish Genealogy. This premiere international conference will be held for the first time in Florida July 23-28, 2017 at the Disney Swan Hotel with local host JGSGO. For more information, visit http://www.iajgs2017.org.

The Jewish Genealogical Society of Greater Orlando (JGSGO) is a non-profit organization dedicated to sharing genealogical information, techniques and research tools with anyone interested in Jewish genealogy and family history. For more information visit http://www.jgsgo.org and "like" us at http://www.facebook.com/jgsgreaterorlando. Questions? Email info@jgsgo.org or call us at 407-347-7727.